Cambridge, A Pictorial Tour of the Historic Colleges

It was rainy and a little bit cold, but nevertheless an exciting day out in East Anglia. Cambridge is a breathtaking city well known for its beautiful University, founded in 1209. As soon as you step into this gorgeous city you are instantly surrounded by the powerful history of England.

We started our tour in Benet’s street where we had a glance at St Benet’s church, the oldest building in Cambridge, dating back to 1025. This ancient Anglo-Saxon church has been a place of Christian worship for nearly a thousand years. 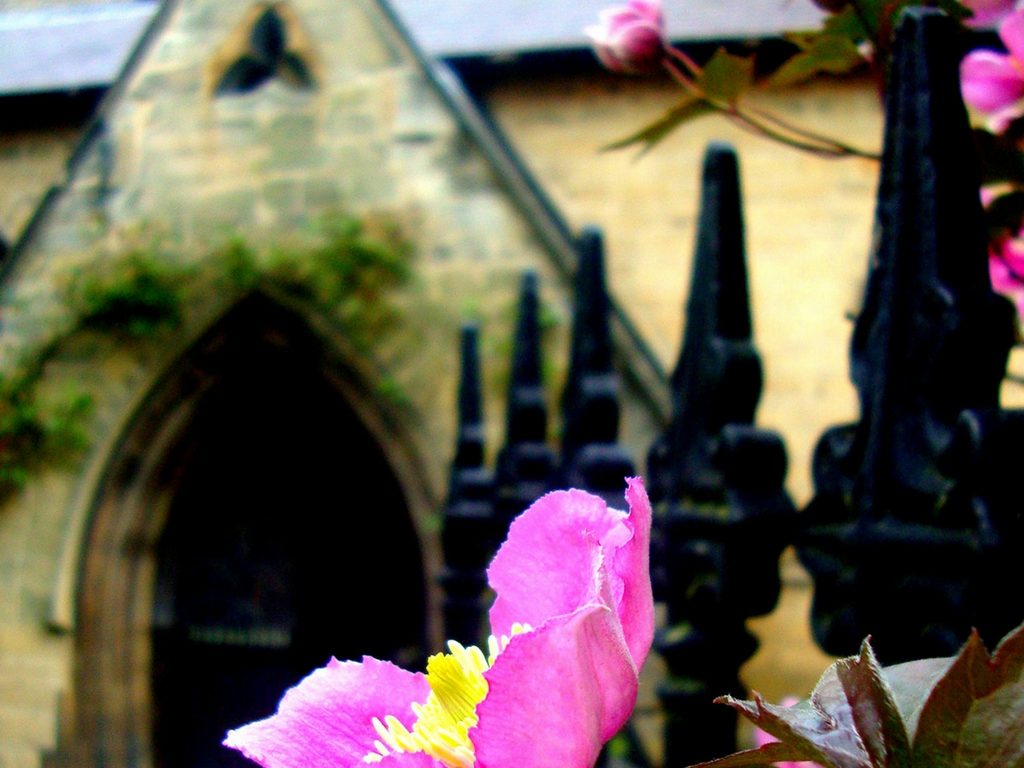 The best example of a medieval college court in Cambridge is the Corpus Christi College. This was the moment when I fell in love with the city. The buildings are dating from 1352. 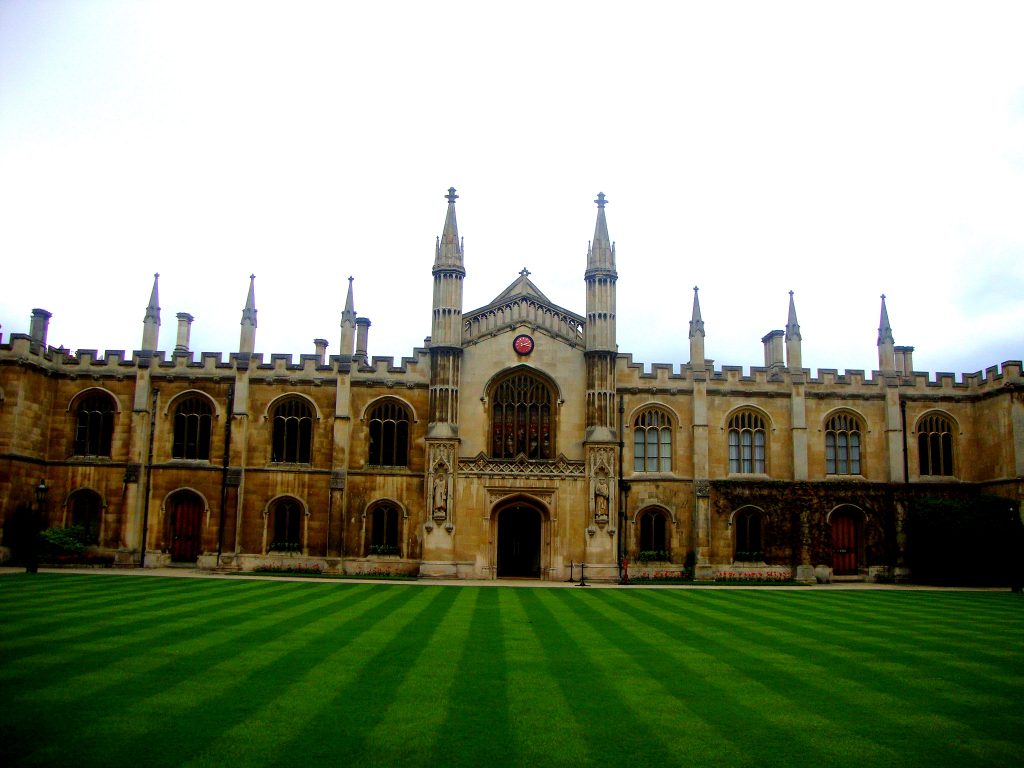 Another college, dating back to the second half of the 14th century is Pembroke College. William Pitt was a student here in 1773 and became Britain’s youngest Prime Minister at the age of 25. 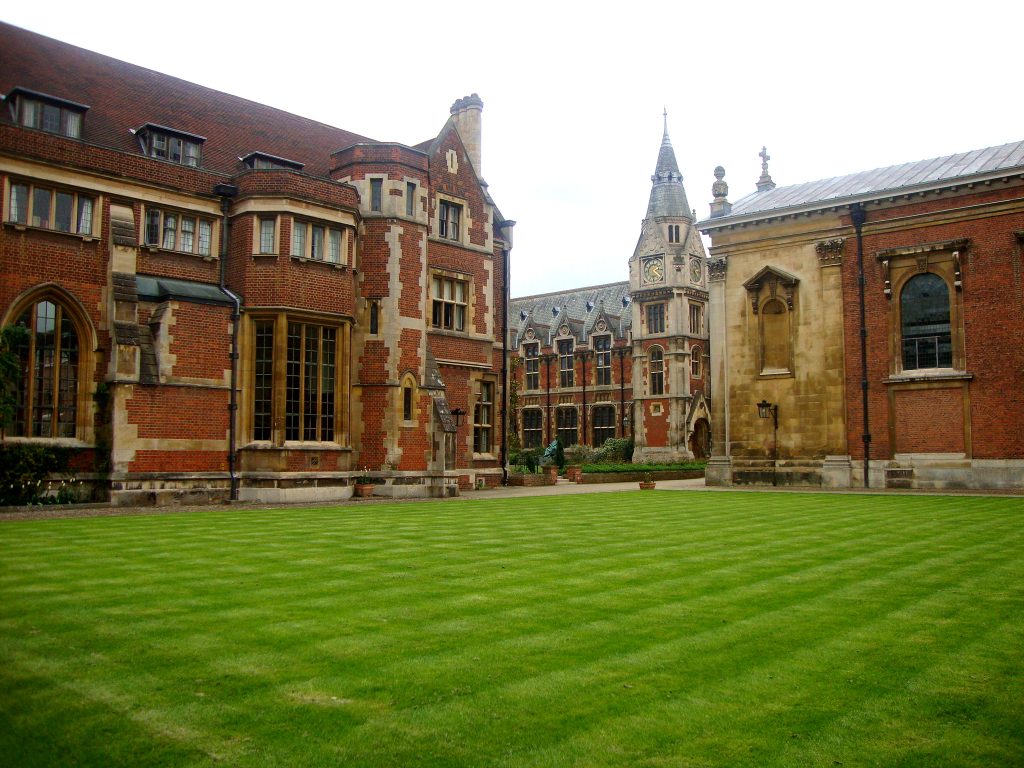 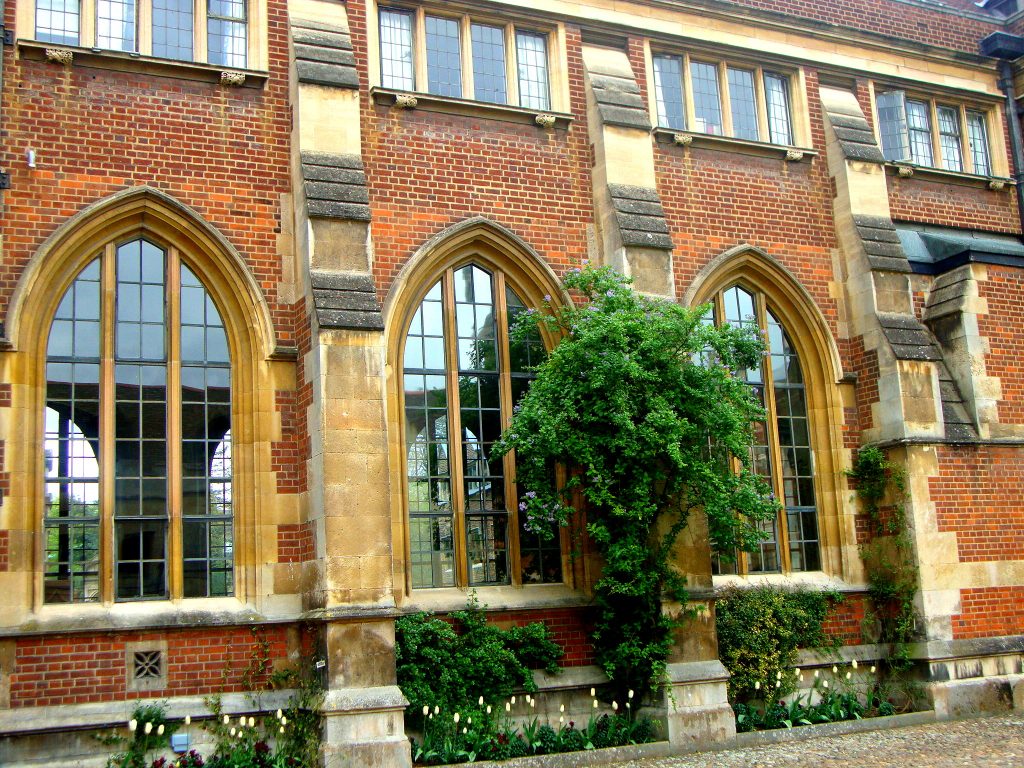 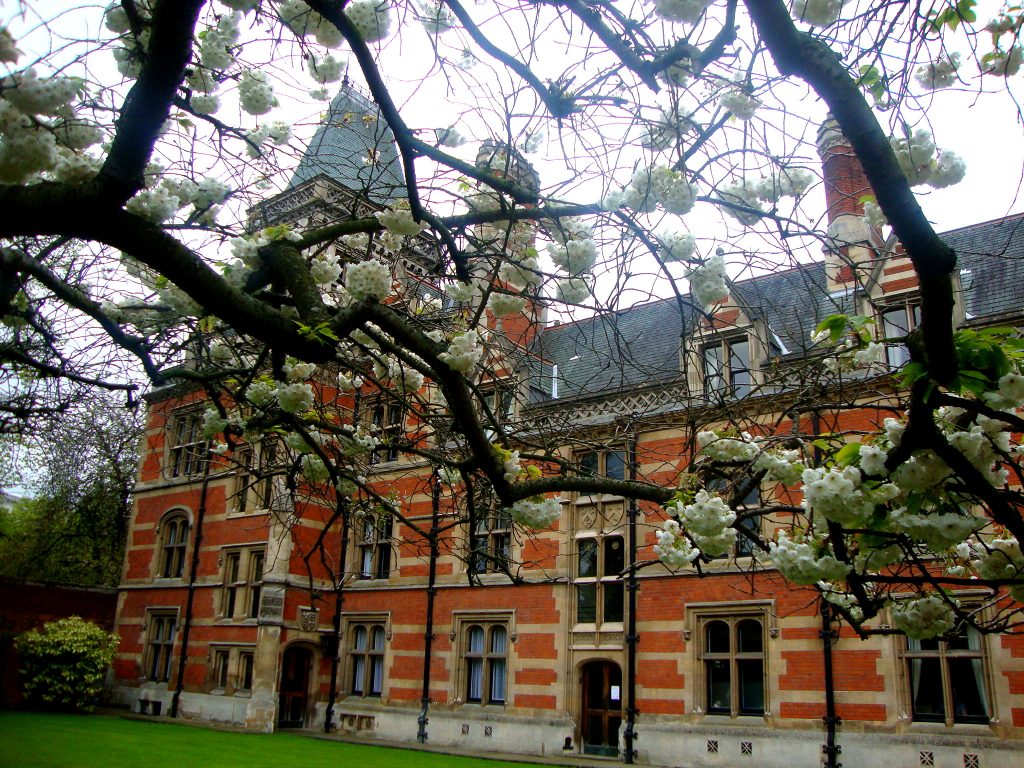 Peterhouse is the city’s oldest college 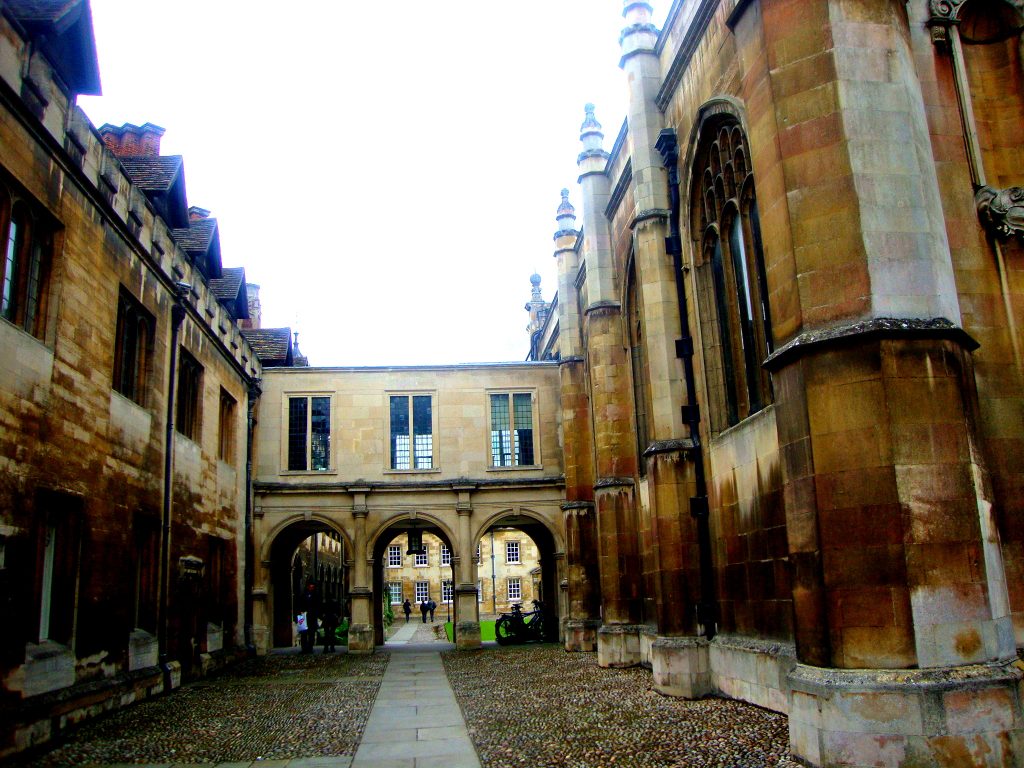 We continued on towards the Little St Mary’s Lane. Don’t miss the little church, just inside the glass inner door is a memorial to a former vicar, the Reverend Godfrey Washington, Great Uncle of George Washington. 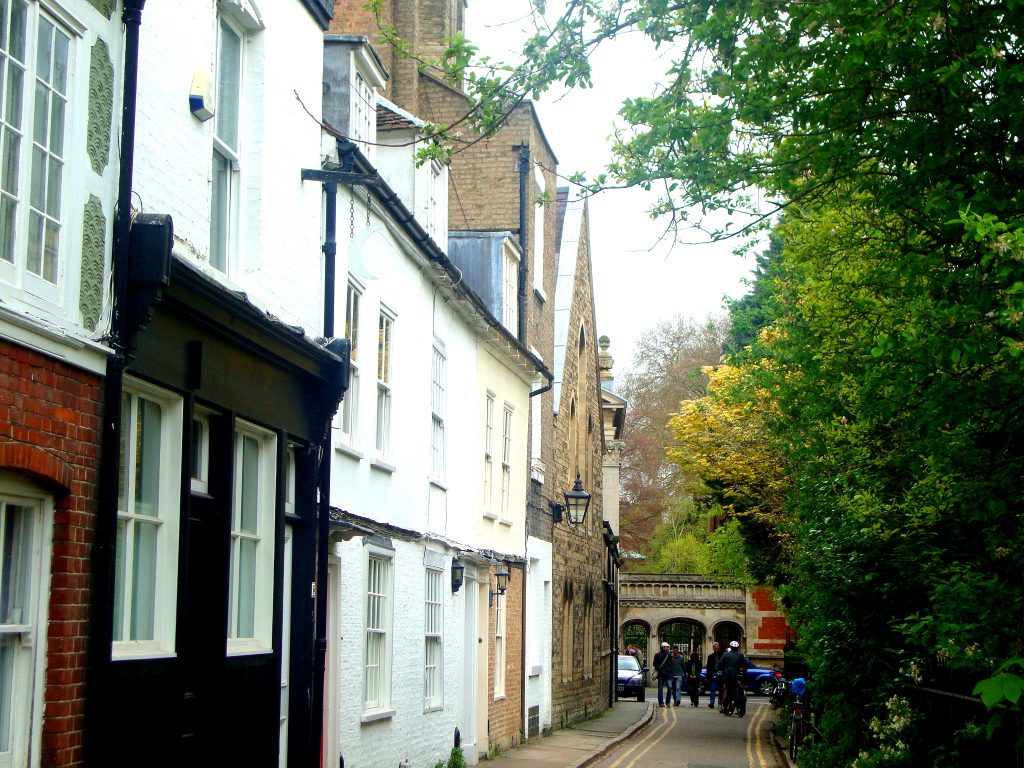 It’s a lovely walk down Little Mary’s Lane to the river. We didn’t hire a punt, but you go for it, you can hire one with a ‘chauffeur.’ It’s a nice way to see the beautiful views of the famous College backyard. 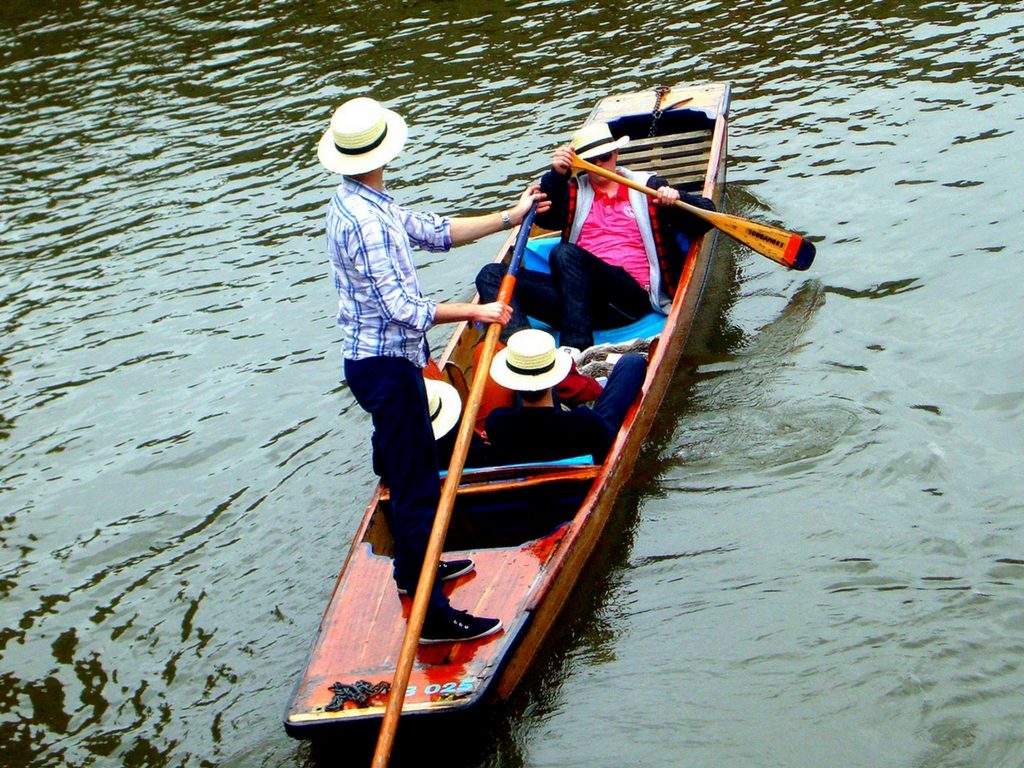 You should be safe here, horses and carriages are forbidden along the passageway. 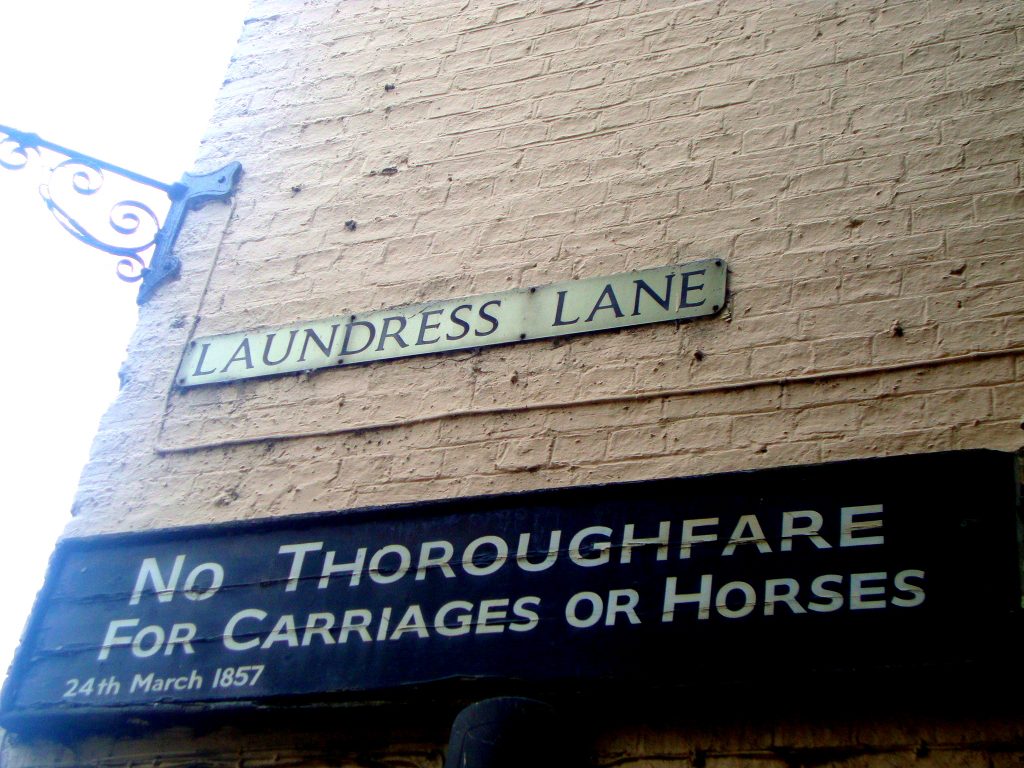 The Mathematical Bridge of Queen’s College

The Old Mathematical Bridge of Queen’s College is a must-see sight in Cambridge. 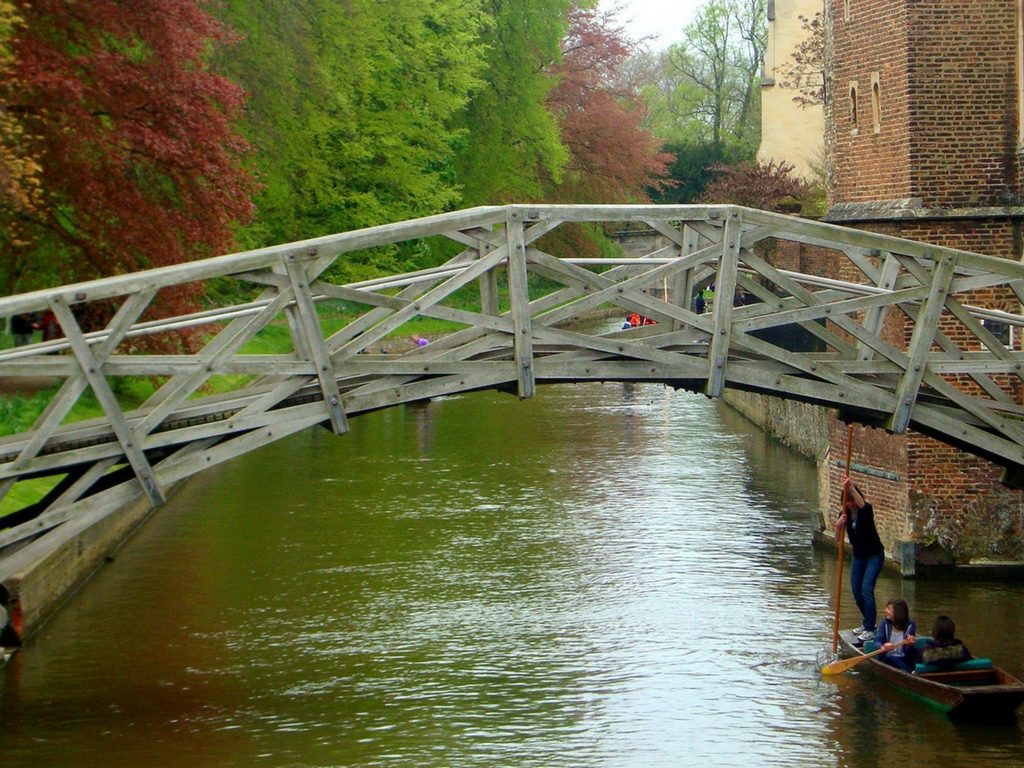 It’s said that Queen’s College, is one of the City’s most beautiful College and I must say, I agree. When we walked in through the massive gate I was amazed by the magnificent 15th-century surroundings. It felt like going back in time!

Check out our Cambridge city walk on gpsmycity.com 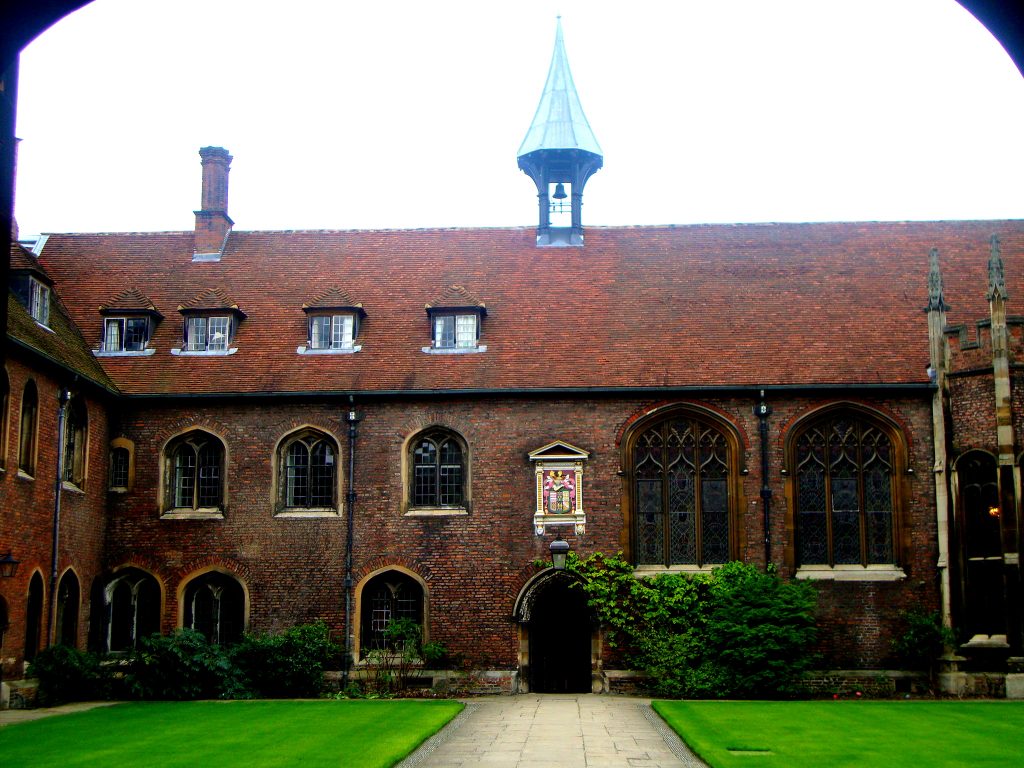 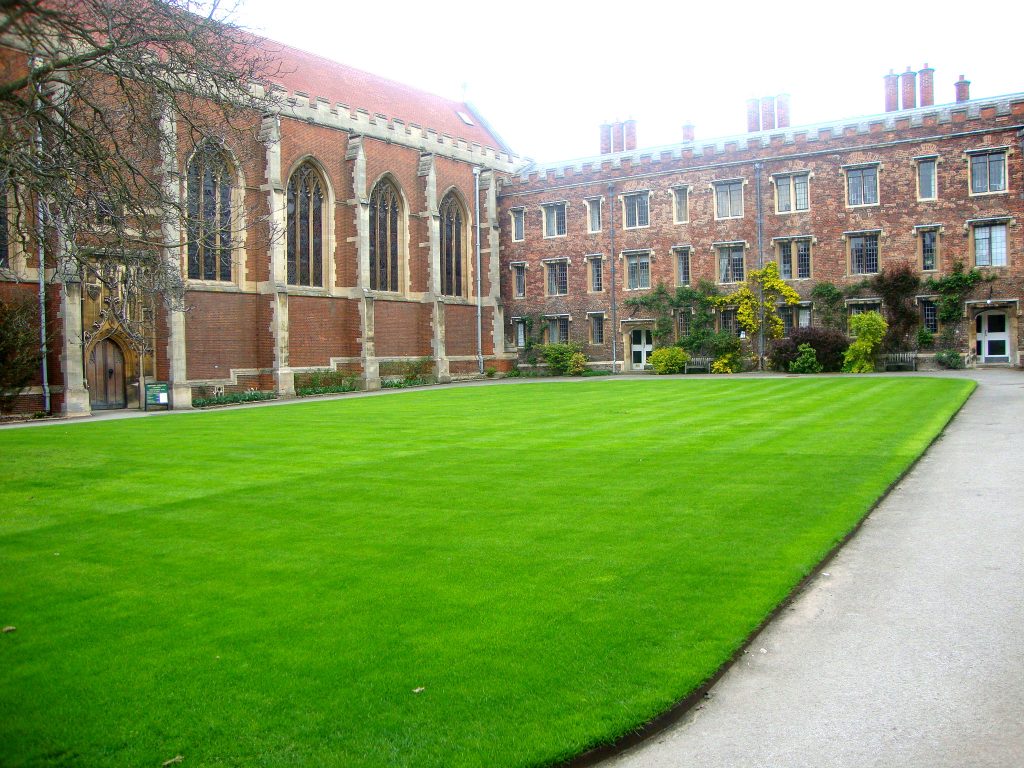 As we walked through these wonderfully crafted doors into Walnut Tree Court, we could hear loud and powerful organ music.  I guessed it was a student rehearsing in his spare time. Loved the ceiling of the chapel. 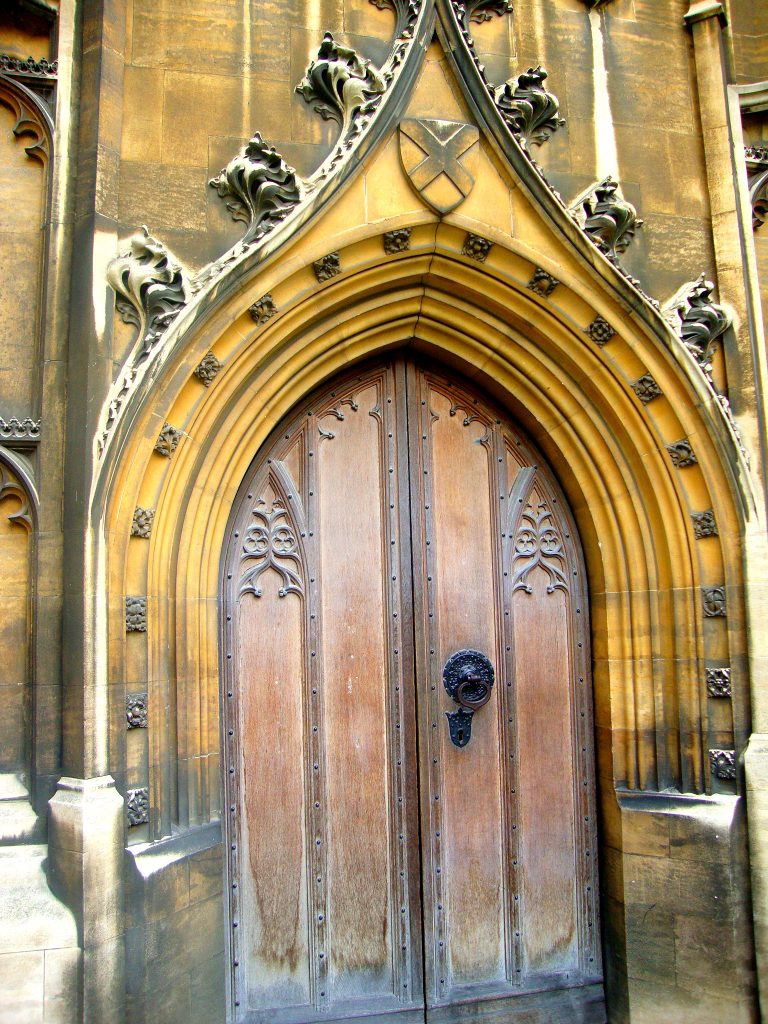 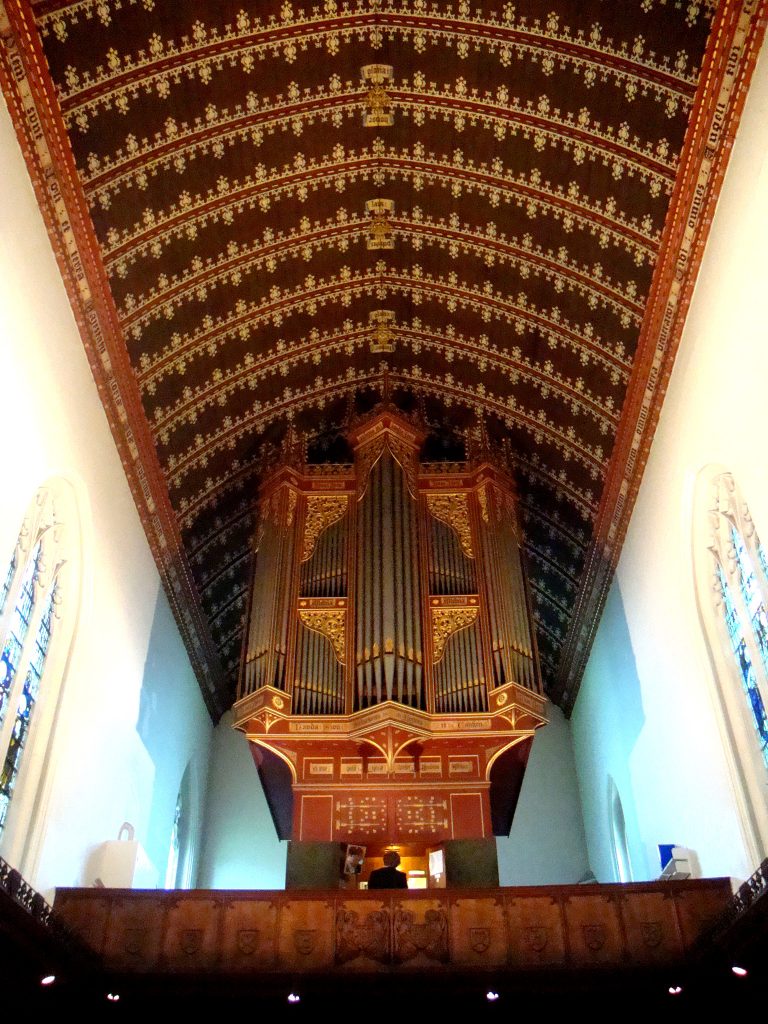 The archway of the Cloisters built in the 1590’s is really atmospheric, loved it. 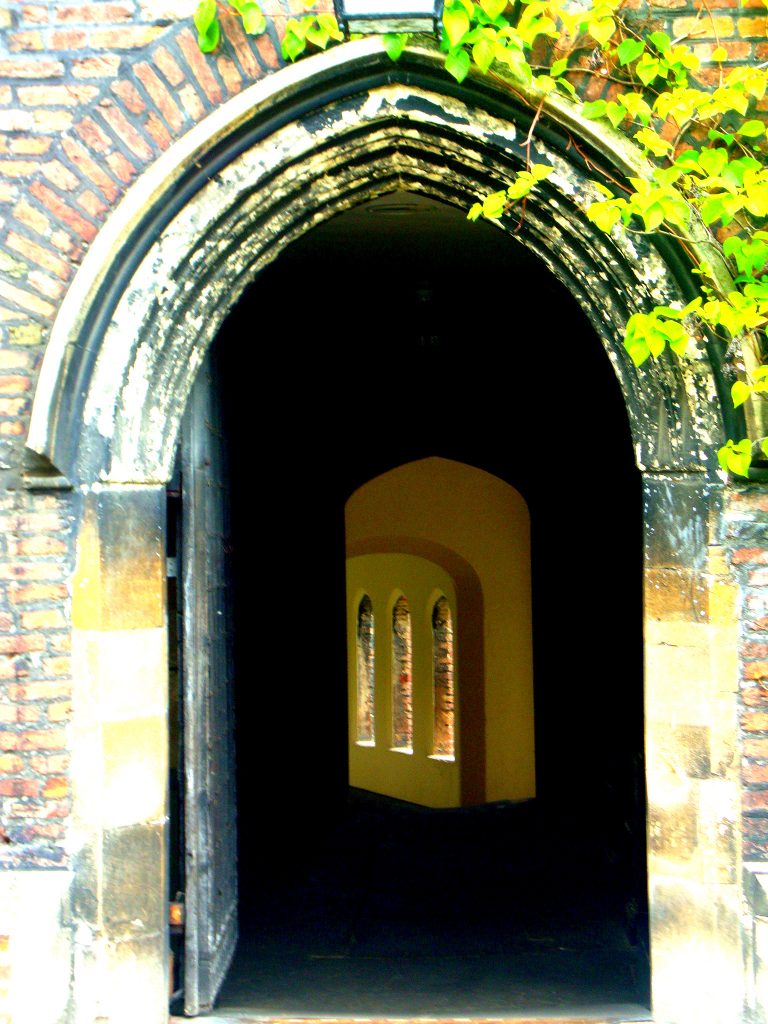 Another lovely bit in the Cloister Court was this beautiful timbered President’s lodge. The lodge is the only substantial half-timber building remaining in Cambridge. Don’t you just love timber-framed buildings! 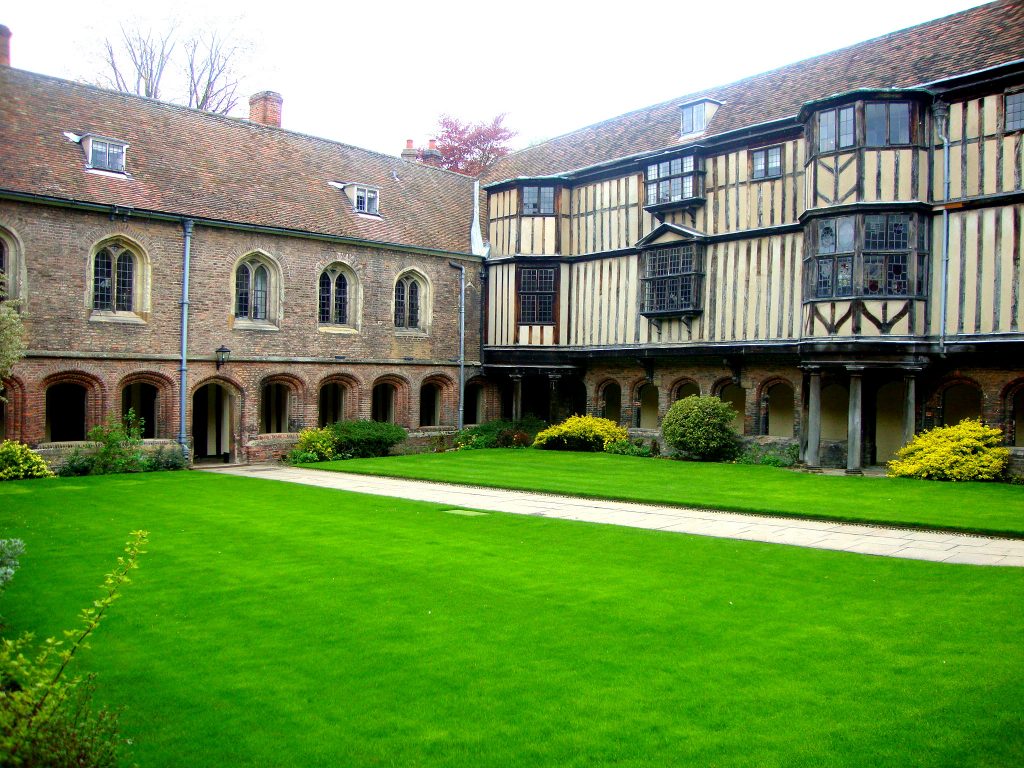 Yet another wonderful building was founded in 1473 and rebuilt in the 17th Century. Cambridge just doesn’t disappoint! 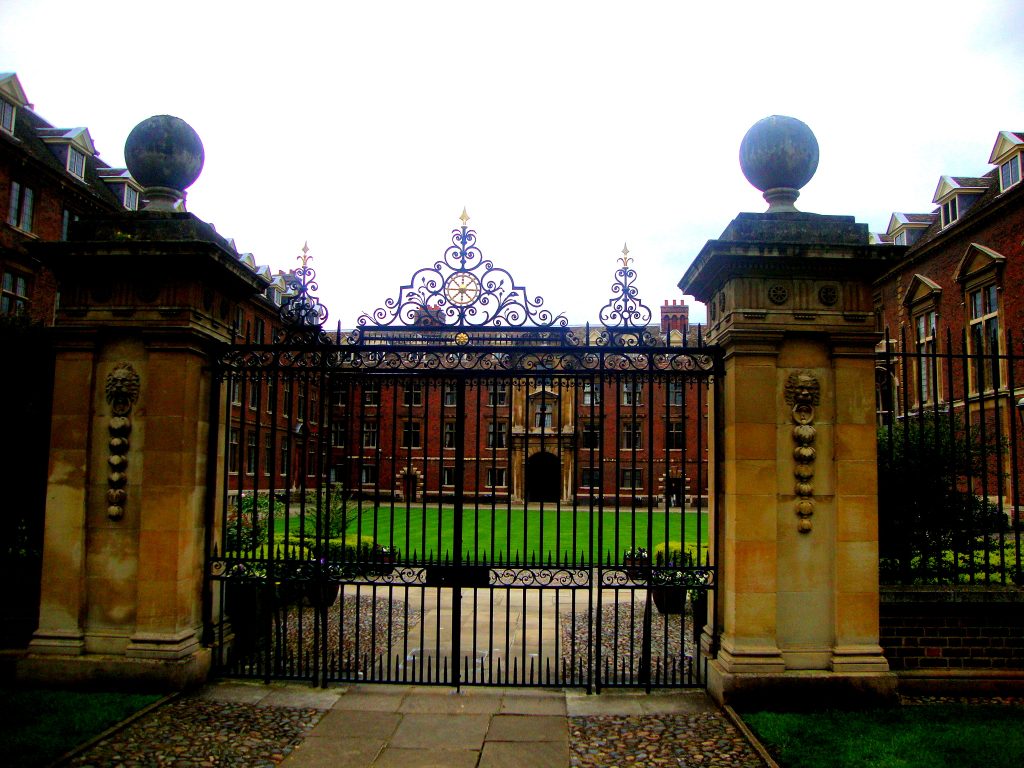 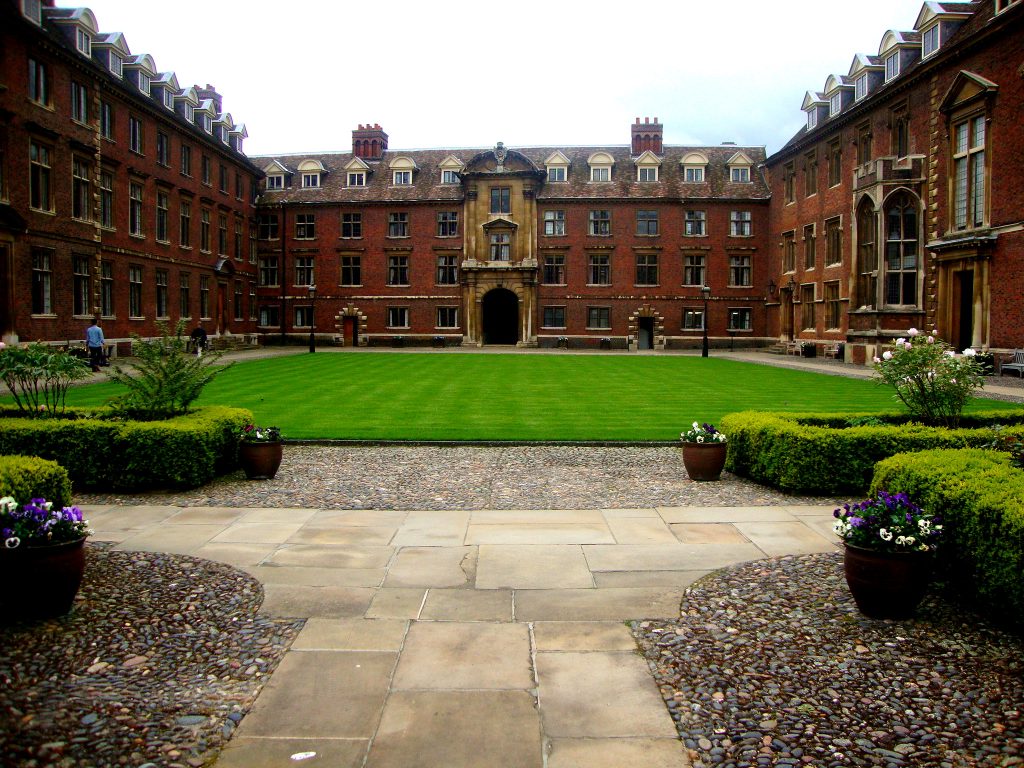 Claire’s College was completed in 1719 after the fire destroyed the original building, founded in 1338. 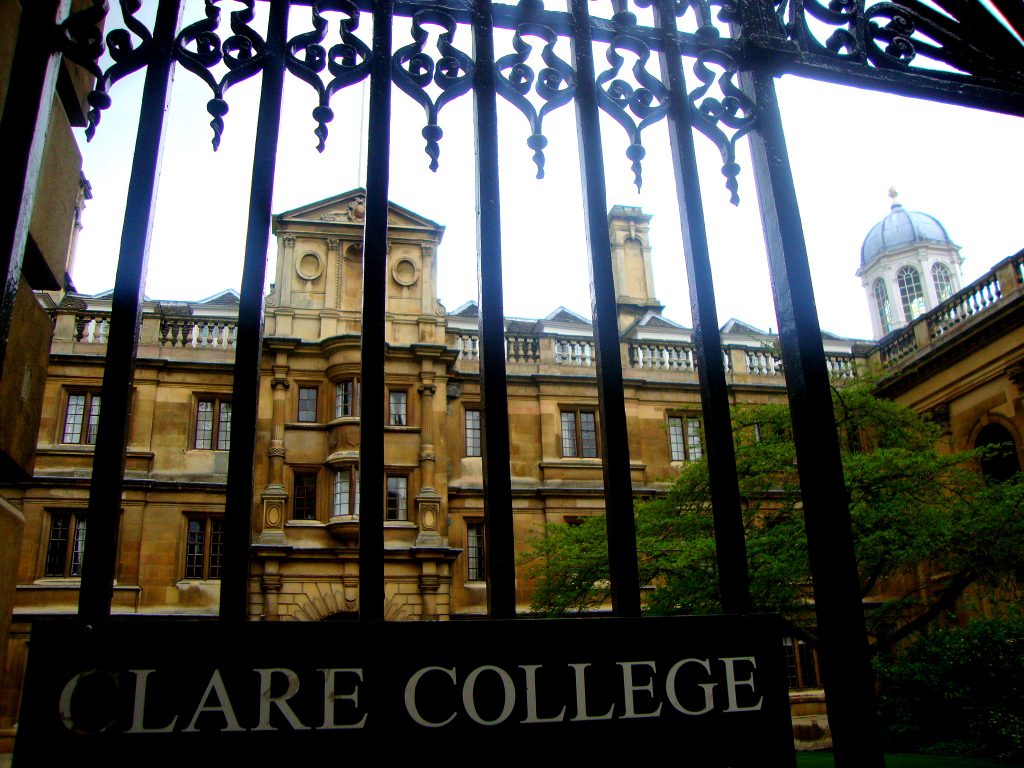 Have you heard the story about the college and the Henry VIII statue above the gate? Apparently, he holds a chair leg in his hand, only because, many years ago, a bunch of students thought it would be a fun thing to do. 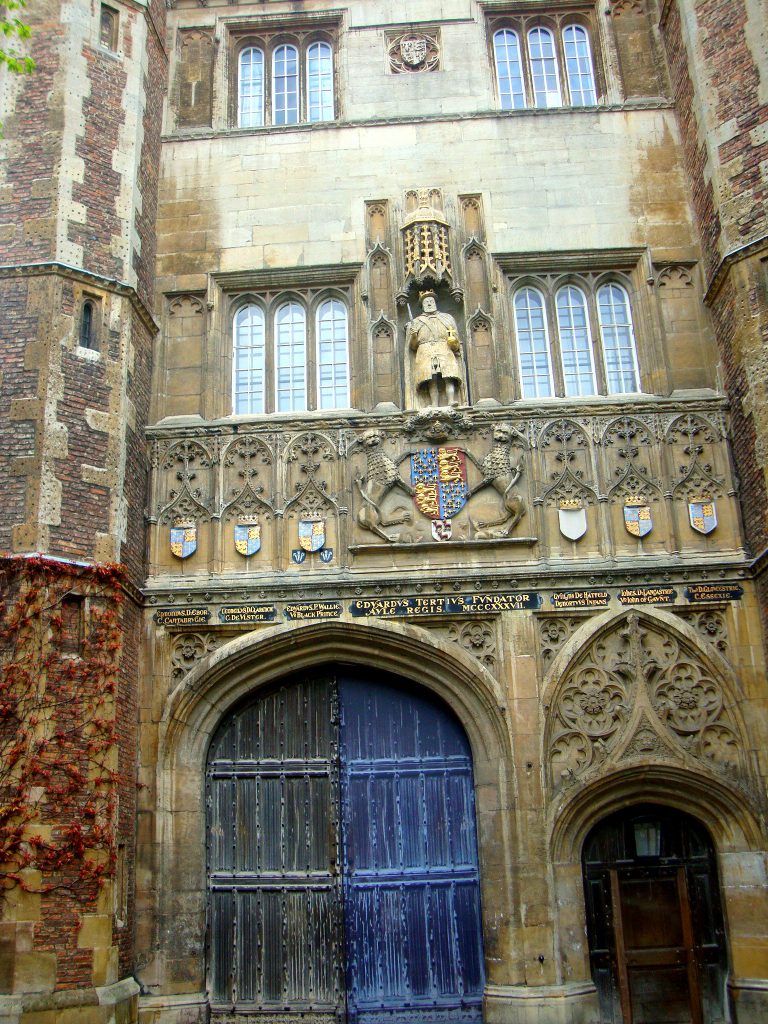 Trinity College is the largest in Cambridge, founded in 1546 by Henry VIII (my favourite King, before he became old, cruel and grumpy). The Trinity Great Court is the largest university court in the world.

On theright-handd side, in a Gothic chape,l you can find statues of many famous people including Isaac Newton, a former student of the college. 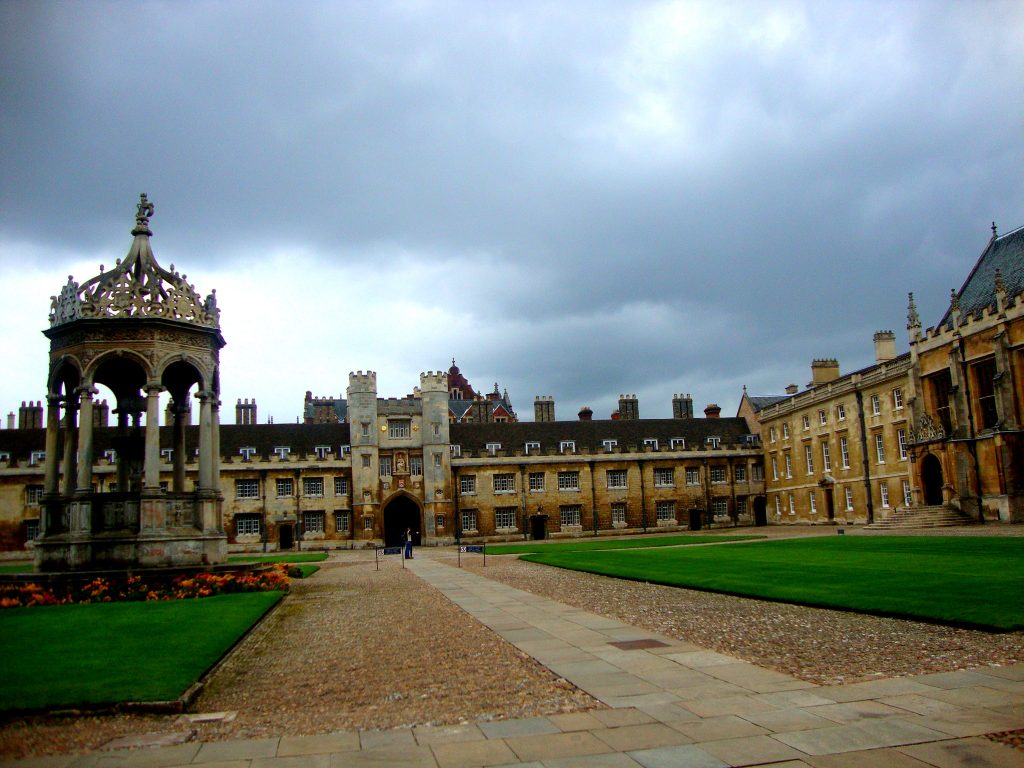 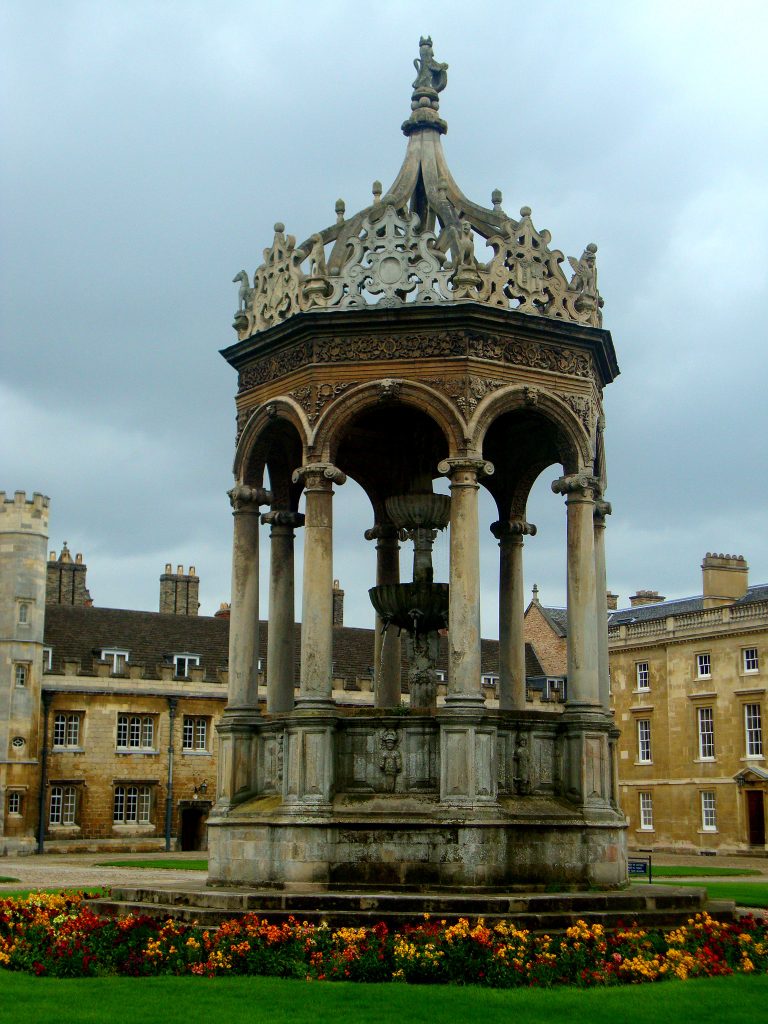 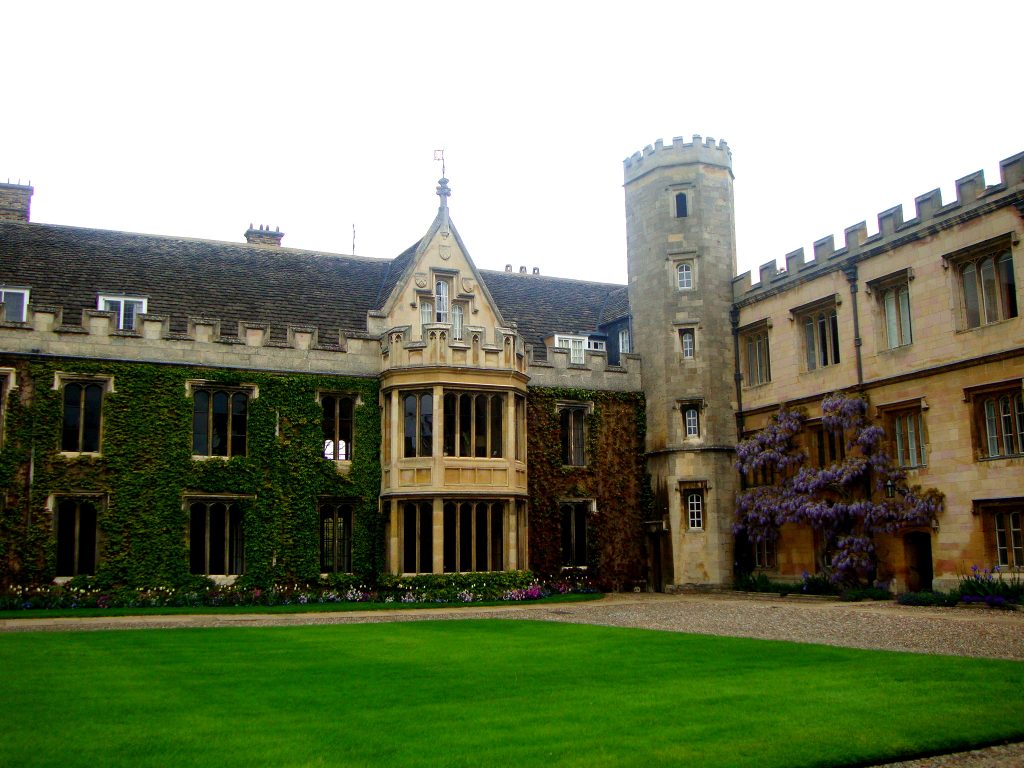 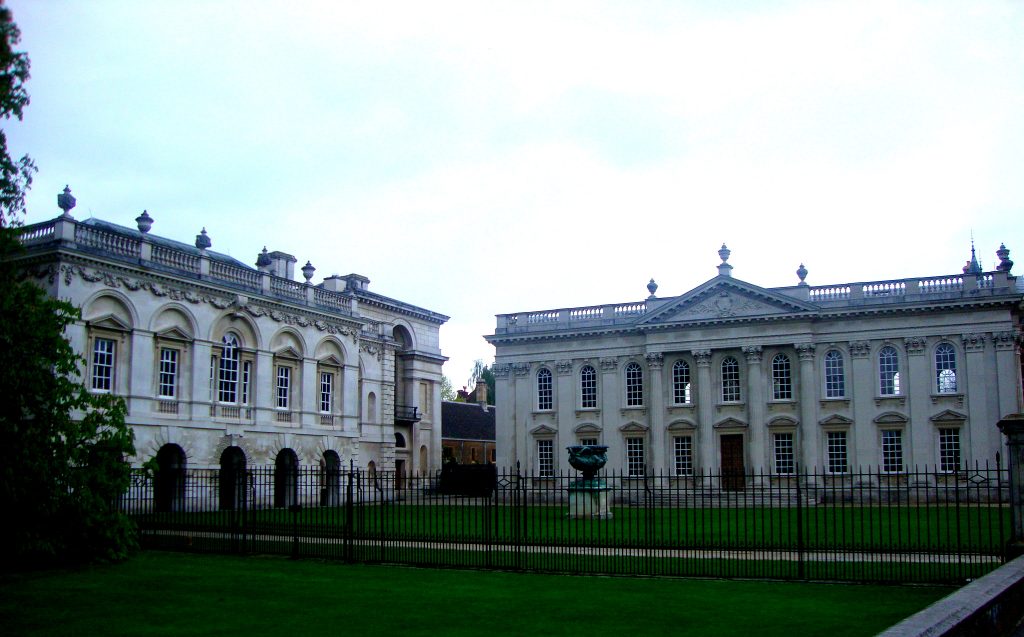 King’s College, one of the famous colleges in Cambridge is known worldwide and it is truly impressive. Unfortunatel,y the college is closed on Sundays, but I could still appreciate its spectacular facade. 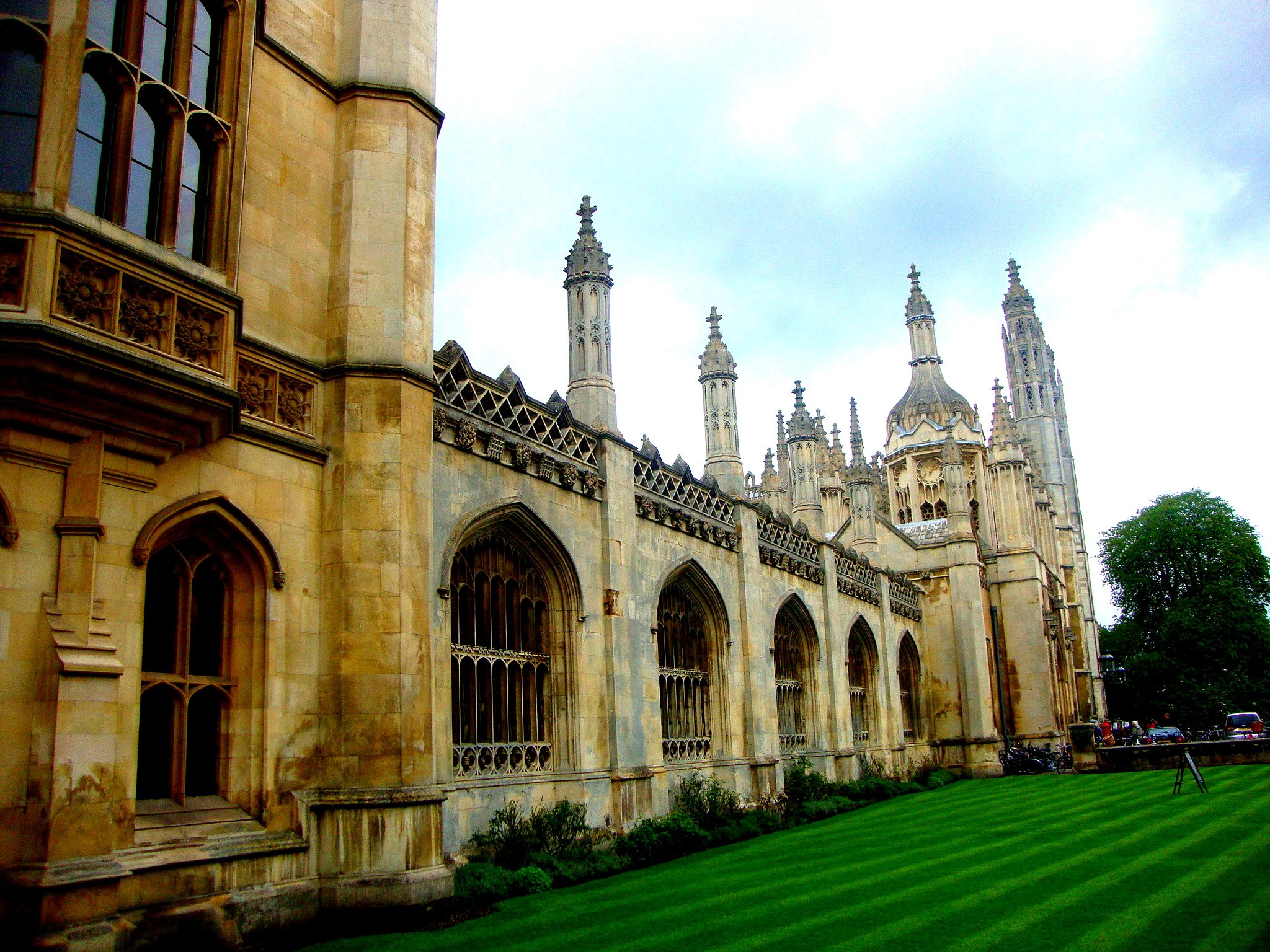 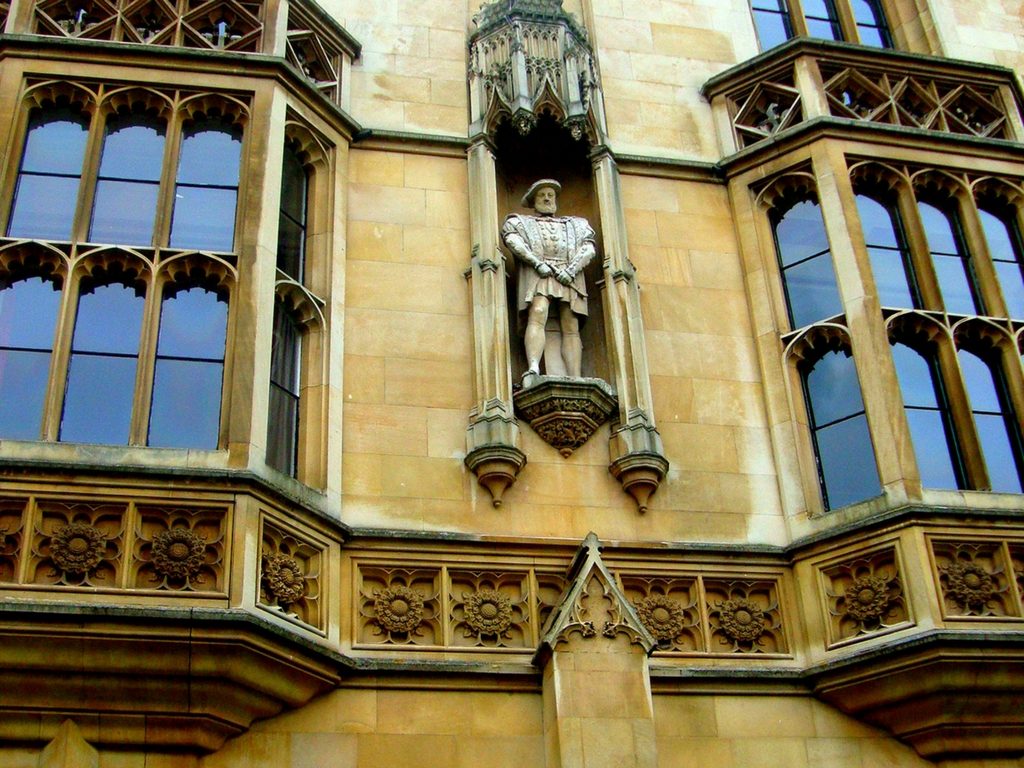 While strolling around Cambridge, other little things caught my eye. I really loved this funky wall and an old style cake shop. That reminded us to pop into a cafe for tea and cake. 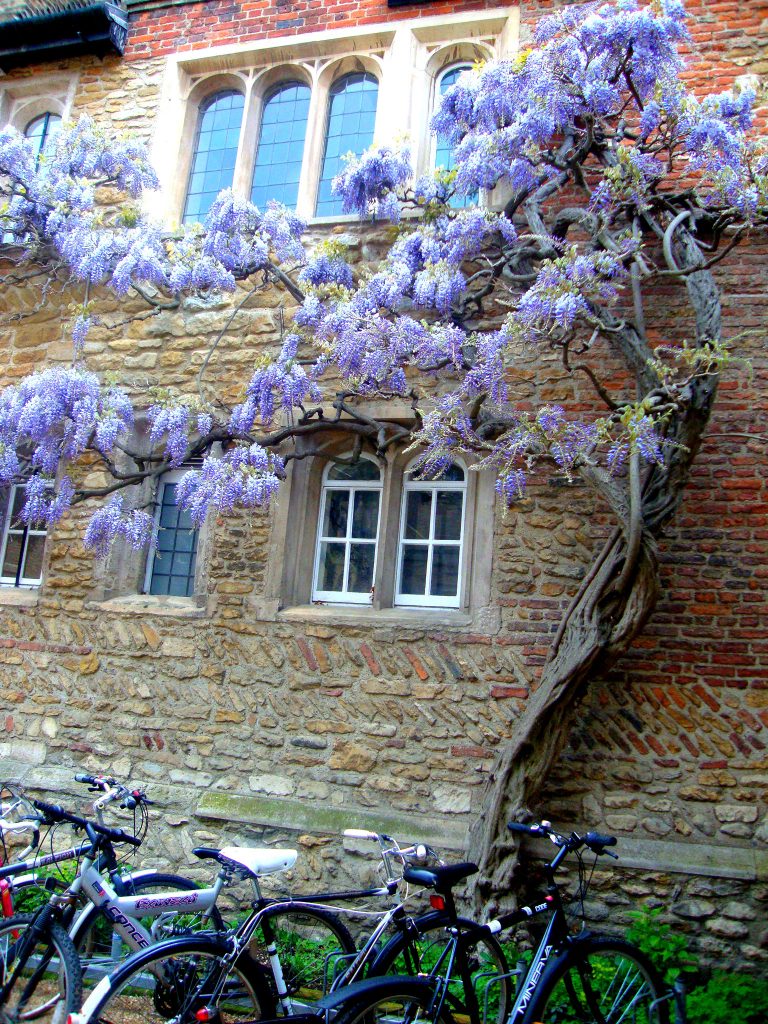 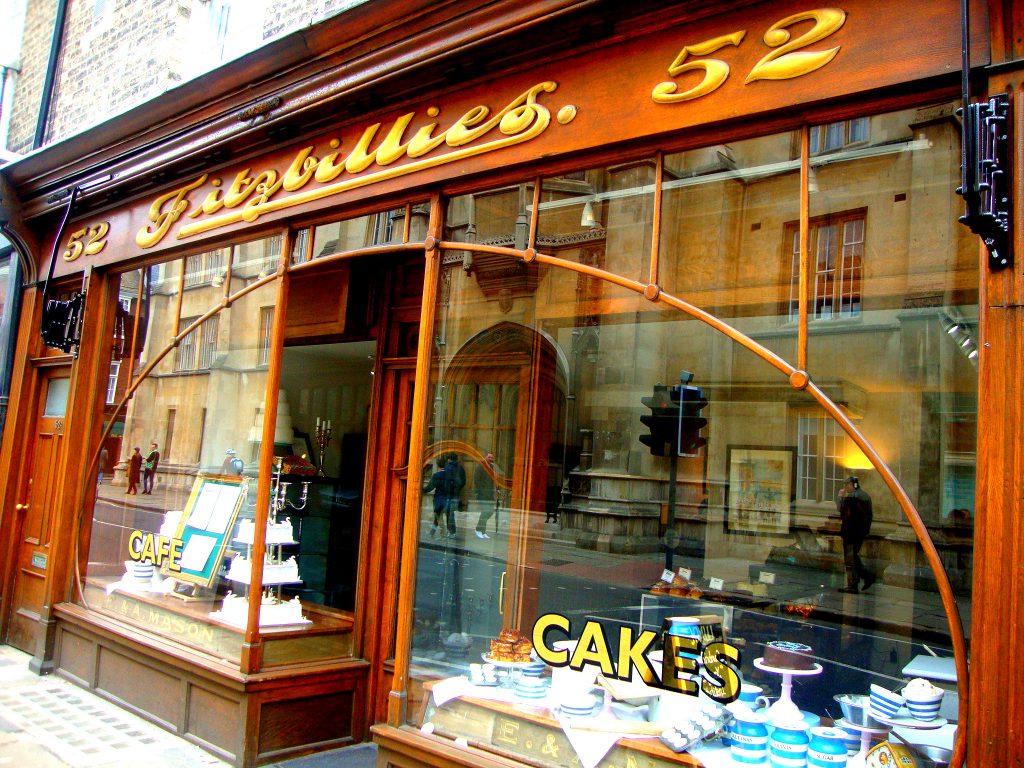 We finished our tour at this Norman building – The Round Church. There are only four such buildings in the country. The design is believed to reflect the Church of the Holy Sepulchre in Jerusalem.

Check out our Cambridge city walk on gpsmycity.com 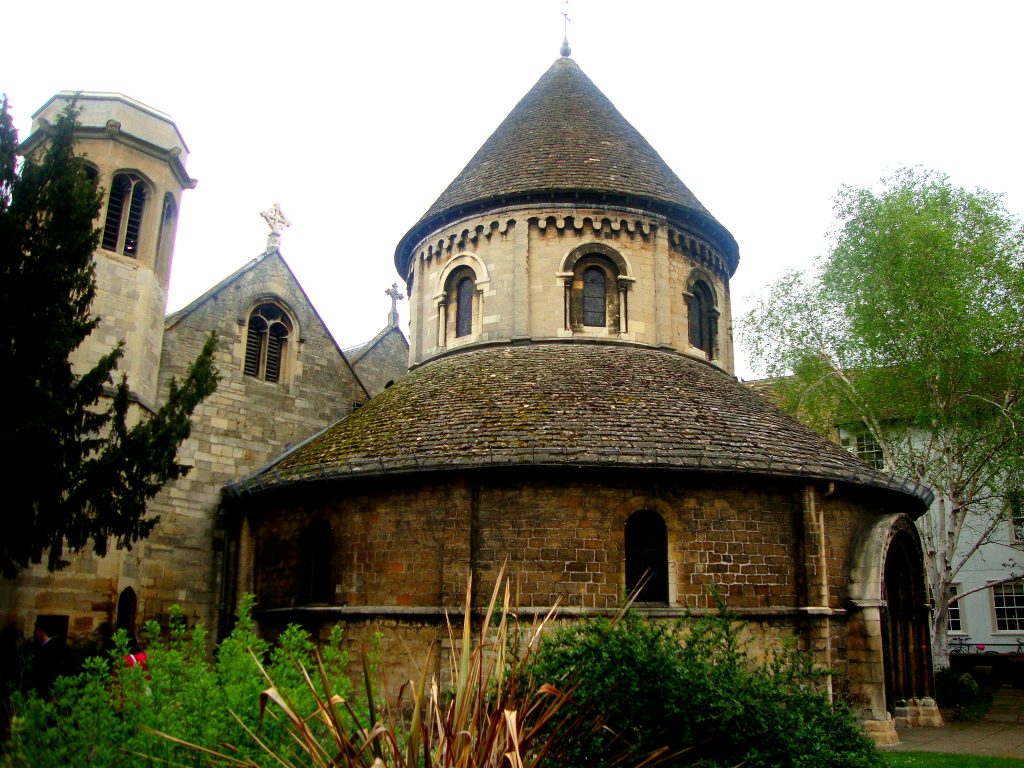 Well, that was a nice day in Cambridge. We would definitely love to come back again soon!