“Before leaving for Beirut in Lebanon, I’d get the stink eye from more than just a few friends when they found out I was going there, not just by myself, but with my parents and pre-teen daughter to boot. “Why would you want to go to that war-torn hellhole, are you mad? They kill Americans for sport there!” were the most common gripes. Not only did I shrug them off, but I was armed with facts, whereas they were just going off of news reports from 30 years ago.”

These words were penned by me three and a half years ago, as to the derision and skepticism I was met with by folks who would ask me about my upcoming trip at the time. Travelling the Eastern Mediterranean, including a 7 day stop in one of the oldest and most historical (both incredibly good and heartbreakingly bad) cities on Earth, Beirut in Lebanon.

Fast forward 3 ½ years since that glorious Summer. I’m sitting here in my winter enclave in Utah thinking about the warm days on the beaches, strolling the corniche, or hanging out in one of the many hole in the wall taverns and fast food joints. Simply remembering what brought me to Beirut in the first place.

Aside from my own curiosity as an avgeek (person who geeks out over airlines, airliners, or anything related to aviation), I had also watched both episodes of Anthony Bourdain’s ‘No Reservations on Beirut’. Yep, Anthony Bourdain pushed me over the edge to visit Beirut. 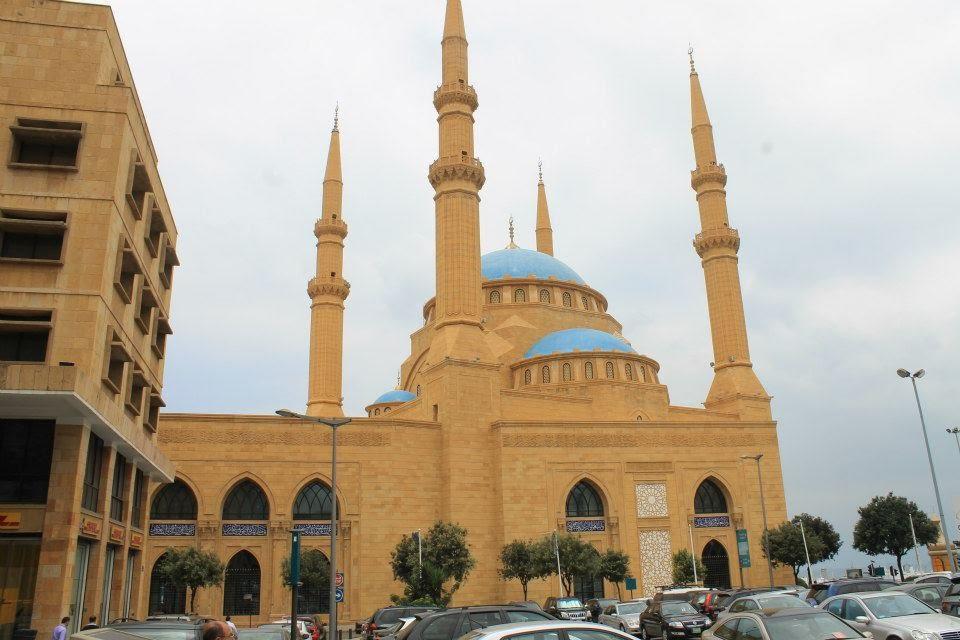 The largest Mosque in Lebanon, named in Memoriam of Rafic Hariri, Prime Minister of Lebanon who invigorated the rebuilding of Beirut after the Civil War.

The best way to get to Lebanon is on Middle East Airlines, Lebanon’s airline. With a very young fleet, and some of the best service around (I will not compare them to the likes of Emirates, but I will put them up to other similar sized airlines like Royal Jordanian).

Nothing beats flying over the ancient waters of the Mediterranean and making that final turn to the South while watching the city come into view, then watching the waves crash against the famed Pigeon Rocks mere moments before touchdown. This has to be absolute best way to kick off a trip…welcome !

Passing through Customs and Immigration is a hassle we jet-setters put up with the world over, Beirut is no different. However, each time I have gone through the process here, the officials scrutinize each and every passport with extra care to make sure you have no Israeli stamps in your passport (you will be turned away and forced to leave the country at your own expense if you have one, or at worst, you will be detained).

Aside from the political overtones, the guards are uncommonly friendly and process you through with courtesy and professionalism with a genuine appreciation you came to their country for a visit. In all my travels the world over, the Lebanese Customs folks were definitely the friendliest around, and even go so far as to make a few recommendations of their own on what to see or do. 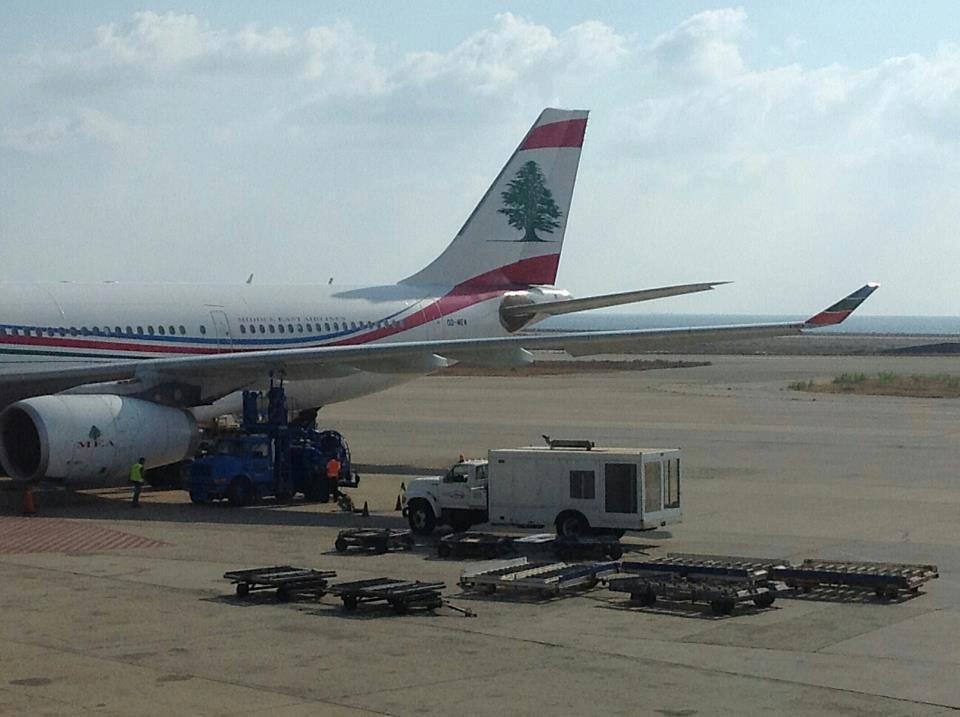 Let’s start off in the Hamra district, where our hotel was. Straddling the longest side of the American University of Beirut, this district is known throughout the West as one of the top 3 hotspots in Beirut with its cobblestone street connecting central Beirut with the Coastal Raouche areas. Hamra is a large concentration of shops, late-night fast food joints, hotels, streetside vendors, sidewalk cafes, REAL travel agencies, newspaper kiosks, and a booming nightlife spurred by the AUB students.

The best hotel to stay here is the Golden Tulip Serenada, with very decent prices that allow for longer stays. It’s right on the corner of Omar bin Abdul Aziz St and Makdisi Blvd, right in the middle of the Hamra district, which is what Beirut looked like in the 1960’s and early 70’s, before the Civil War that tore the city in half. It’s a pleasant area to stroll during the daytime and evening.

If you’re looking for a bite to eat or an after hours party, head over to the Gemmayzeh District, home to some incredible family run restaurants and some of the most incredible (and incredibly expensive) nightclubs and bars. I ended going to one club where there was a $200 cover charge, and the cheapest drink was $25! Inflation a bit much?! After the sticker shock on that I went to another club, which was on a rooftop, with a much more palatable cover charge of $10 and $3 drinks to be had.

The best introduction and welcome to Lebanon

Gemmayzeh is also home to Le Chef, a little hole in the wall restaurant where a huge meal can be had for a little less than $5. If you’ve seen No Reservations, Anthony Bourdain was here, and the waiter greets EVERYONE with a big smile and ‘Hello’ in perfect English. The menus are handwritten, and this little place has the BEST of what Lebanese food is all about. You cannot go wrong with a meal here.

What to See and Do Outside Beirut

Head outside the city, to the Jeita Grotto, some of the most amazing limestone caves I’ve ever been to. The whole grotto consists of two interconnected karstic limestone caves, spanning almost 9 kilometers (or 5 ½ miles). Aside from being one of the Lebanese national symbols, the Grotto was a finalist in the New 7 Wonders of the World competition in 2011.

The caves were only 11 miles from Beirut, but the amount of traffic on the roads away from the city at that time in the morning rival Los Angeles or Boston for lung-clogging, road-rage infested drivers. Oh well, it was worth the ride.

From there spend your time as bonafide jet setters in Jounieh, a seaside trendsetters resort town north of Beirut. Known for its seaside resorts and bustling nightlife, not to mention the old stone souks, ferry port, yacht docks and teleferique (cable car) up the mountain. That takes you to the shrine of Our Lady of Lebanon in Harissa, where some of the most beautiful Cedar Trees (the national symbol of Lebanon) can be seen. Best places to eat here are the tavernas along the shore and beaches. I would not mind retiring here. 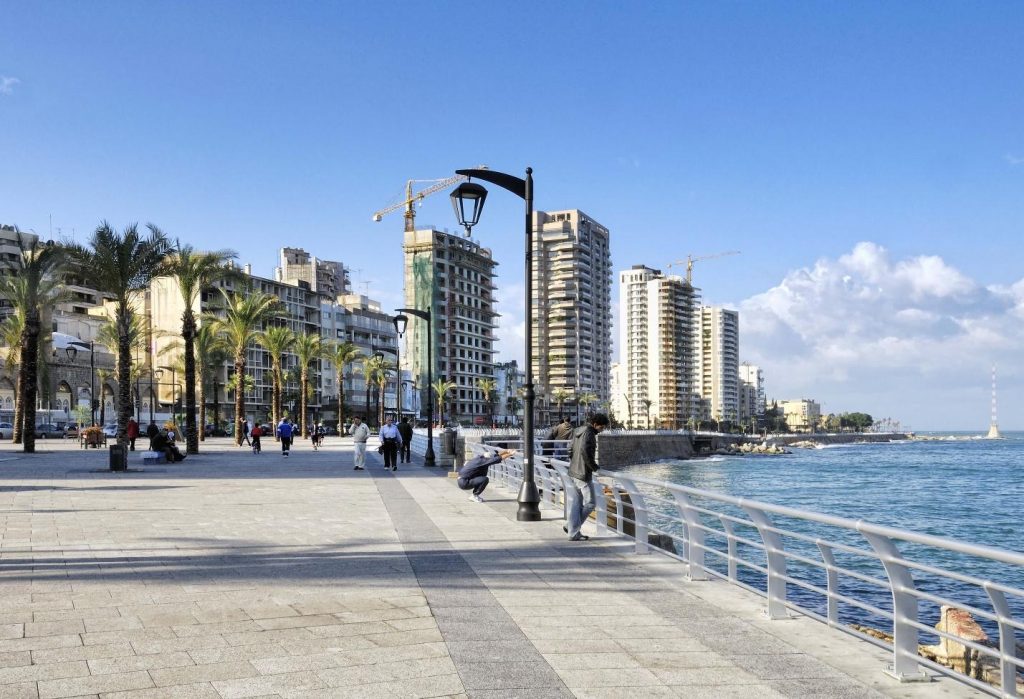 Continuing North, you will run into the second largest city in the country, Tripoli. It is the northernmost seaport in Lebanon, which dates back to the 14th Century, BCE. It is also one of the most archaeologically interesting sites in the Middle East, especially in regards to ancient architecture. I haven’t spent any time here yet, but on my list for my next visit, sometime in 2018.

Last but not least, take a walk along the Corniche, the seaside area encircling the city. This area literally gave Beirut the nickname “the Paris of the Middle East” back in it’s heyday, and a title I hope it will soon reclaim.

Here you can take a leisurely stroll on the boardwalk, or watch the sunset over the Pigeon Rocks with your beloved in your arms. They are another one of my favorite places to go, you can spend hours there just listening and watching the waves crash against the rocks. 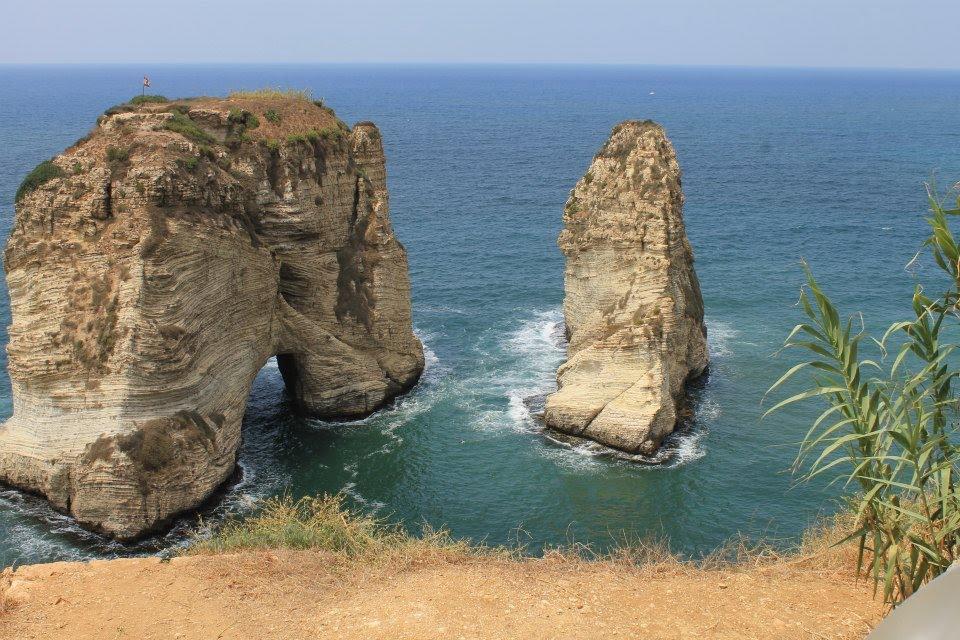