Vientiane to Hanoi: Why We Chose to Fly

We flew from the capital of Laos, Vientiane over to the capital of Vietnam, Hanoi. In this post we’ll explain our reasons and the options for getting from Vientiane to Hanoi in Southeast Asia.

We had been exploring Laos for just under 2 weeks. We had trod the well-trodden path from the north Mekong Slow Boat to Luang Prabang to Vang Vieng to Vientiane.

I’ll be honest, we were struggling with the cost and temperature, they were both rather high! It started to impact on our mood and we soon realised we needed a change of tack.

In our hearts we wanted to be brave and push on further into south, get off the backpacker trail a little more and explore deepest, darkest Laos. Our heads however wanted to go somewhere less hot and a bit cheaper.

A tough decision had to be made and we chose to head up to Hanoi and begin travelling through Vietnam earlier than planned.

We resolved to return to Laos in a cooler season to explore the south. However we then found ourselves with another decision to be made, how do we get to Hanoi? As is the life of the perpetual traveller!

Vientiane to Hanoi – Fly or Bus? 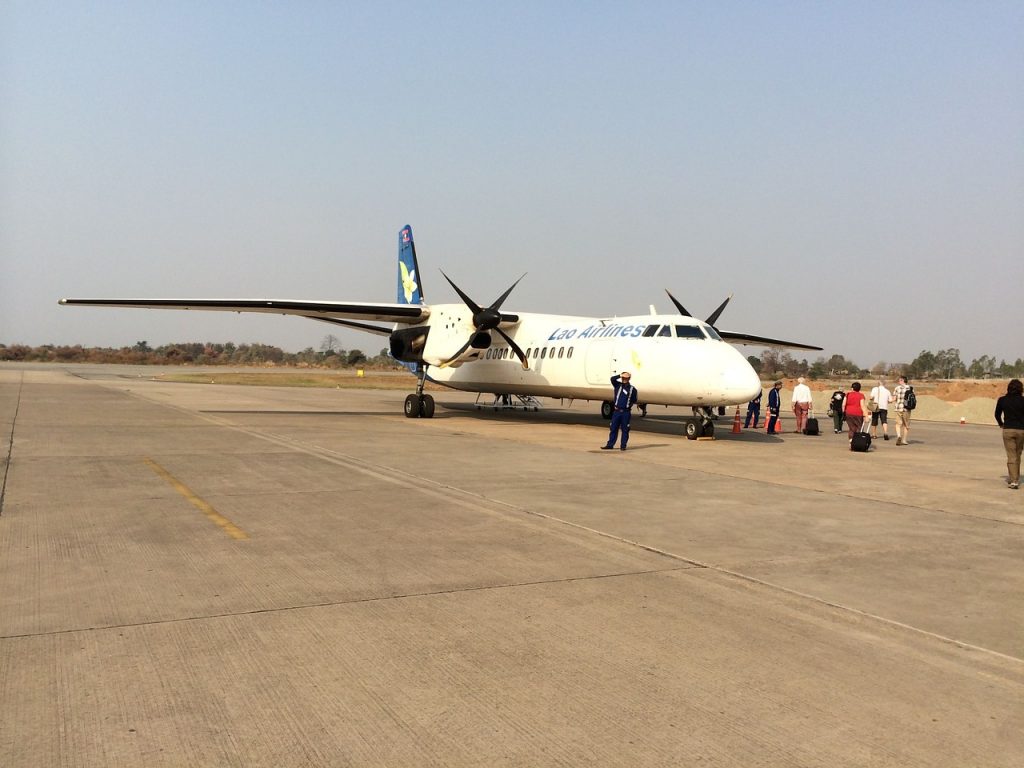 After a quick check via 12GoAsia, we found that the bus takes 24 hours from central Vientiane to central Hanoi and costs $30 USD per person. From our brief bus travels in Laos we could see that the roads are a mix of nice new ones with rough sections thrown in to keep you on your toes.

The cheapest ticket we could find (booked 3 days ahead) to fly from Vientiane to Hanoi cost $105 USD per person and took just over 1 hour.

[two-thirds-first]After a bit of research which involved reading a series of harrowing 26 hour sleeper bus journeys including border crossing troubles we decided book a flight. I realise that’s $140 USD more for the 2 of us but justified it by saying we would be going to a much cheaper city sooner and saving that way.

To check the current prices for yourself for all transport options from Vientiane to Hanoi use this handy search box. You can change the destinations to suit your plans and get some great deals.[/two-thirds-first] [one-third]

How to get a Visa for Vietnam

Vietnam is one of the few remaining countries in the world you need to be ‘invited’ to visit. This basically means using an agency to get an invite letter so you can obtain a visa for at least 30 days.

This applies if you are flying in like we did or using one of the many overland boarder crossings. There is no visa on arrival for Vietnam at the time of writing so plan ahead. 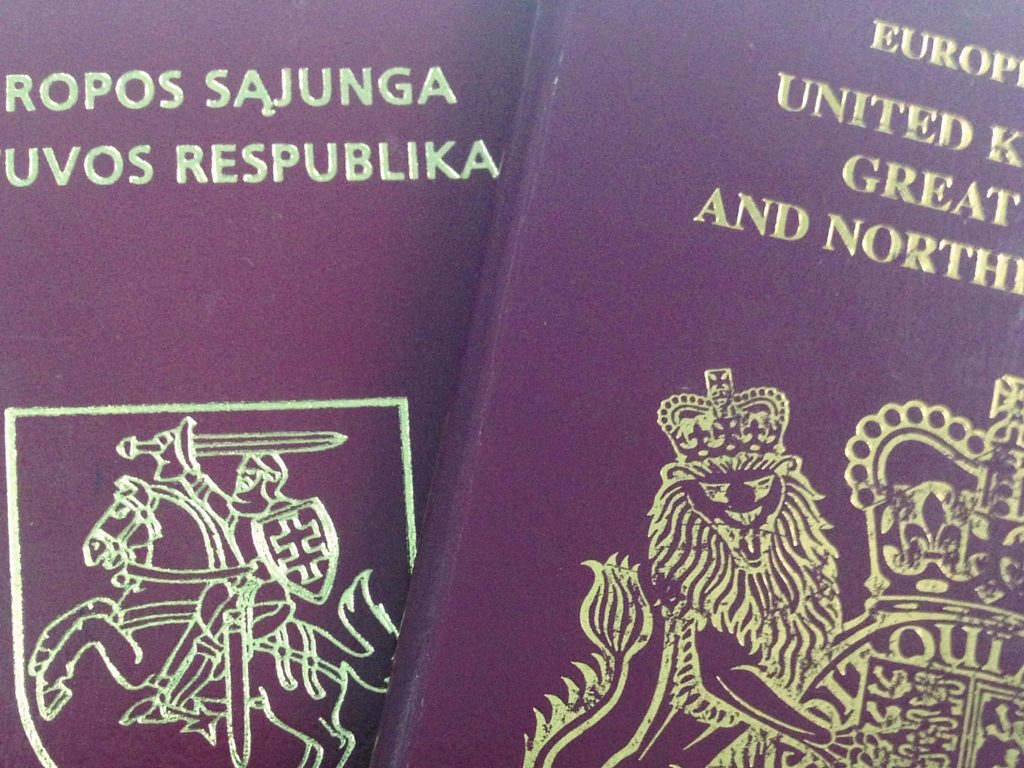 When flying into Hanoi you can get a visa on arrival with a pre arranged approval letter. There’s a ton of agencies online to obtain an approval letter via email which you then print out and present on arrival.

The other option would be to go to a Vietnamese embassy in Laos and apply for a visa. The prices and timings seem to change daily but the general rule is it’s $50 UDS for a 30 day visa within 24 hours and $70 USD for a 3 month one.

We used VietnamVisaCenter.org to get a 3 month visa and chose the 1 day service as we left it to the last minute. This ended up costing a painful $45 USD per person and we naively thought this included the actual visa cost. It didn’t.

Upon arrival at the airport you need to first head to the Landing Visa Counter and get your visa stamped into your passport. This is where the ‘immigration stamping’ fee of $25 USD per person applies, $50 USD for a multiple entry visa. So make sure you have the correct cash with you to hand over.

Note: This information is correct as of 2016 but the rules around visas are always changing. There are plans to allow more countries a visa on arrival without needed an invitation letter. Check our full Vietnam guide for up to date details on Visas for Vietnam.

Total Cost of Flying to Hanoi

So if you’re any good at maths you will see that our budget took quite a battering the day we flew from Laos to Vietnam. Per person the costs were:

So for the both of us it was $350 USD in total. We are since paying less than that to rent an apartment for 1 month in Hoi An but we still feel we made the best choice at the time. I guess we could have got a good ‘sleeper bus from hell’ post out of it but the flight was quick and smooth.

We had a very enjoyable flight from Vientiane to Hanoi which took 1 hour 10 minutes. The plane was modern and comfortable with plenty of legroom. We were near the back of the aircraft and there were quite a few empty seats so we could spread out a little.

After taking off we were served tea and coffee plus a snack box containing a small roll and a couple of pieces of fruit. It was an unexpected bonus and the crew looked after us very well despite the short flight time.

We’d certainly recommend Lao Airlines when travelling in South East Asia and it reminded us of the wonderful island-hopping flights we took in Hawaii. Their logos even bear the same flower! 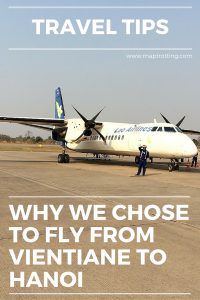