The Danger of Travel Complacency (and How to Avoid It)

We were recently crossing the border from Cambodia, where we had spent a wonderful 3 weeks, back into Thailand. Ah, Thailand we thought, everyone comes to Thailand and stays forever, we will just get a fresh visa on arrival. But things don’t always go according to plan! And here we are, in no man’s land, facing the travel complacency at its finest. 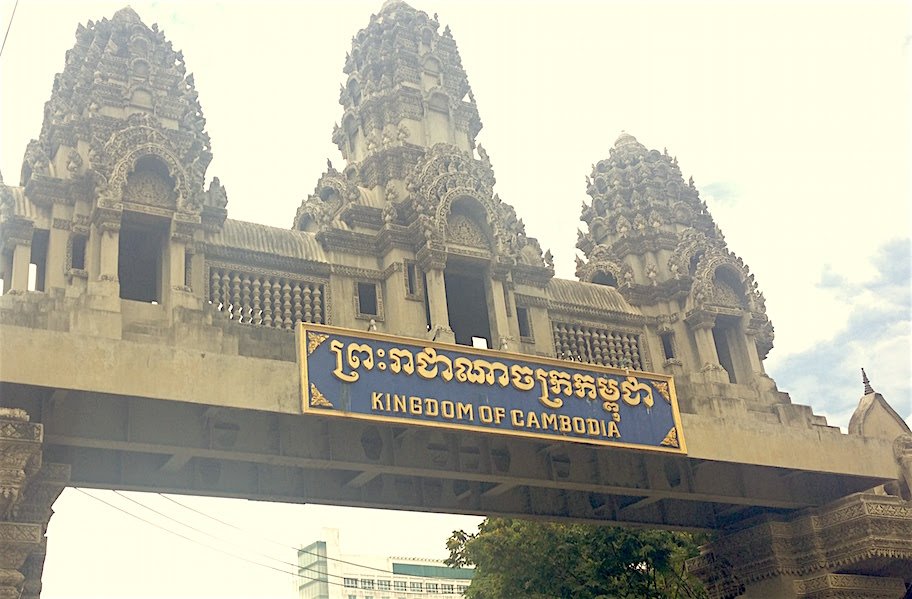 The plan was to spend the next 3 months in Bangkok and find an apartment so we can crack on with come work. We wanted a little base, close to some great street food and easy on the budget so Bangkok was our first choice.

After getting stamped out of Cambodia at the border point we spent a sweaty 2 hours in line at the Thai border, crawling towards the immigration guards.

A useful tip: if you ever need to cross at the Krong Poi Pet/Aranyaprathet border in the Thai direction then go in the afternoon where there is little to no waiting.

Finally we reached the front of the line. I (Charlie) went first, got a fresh 30-day stamp in my UK passport and walked through. Kristina, however, was taking a little longer, the border guard leafing through her Lithuanian passport as if it were Dickens novel.

She was pulled to one side and promptly told she couldn’t enter Thailand. It’s at moments like this you get that funny little feeling somewhere deep in your stomach that tells you things are far from fine.

So I came back to the desk where my wife was now sitting. Initially, we thought they wanted to see our bus tickets to the border which was a little odd. It transpired that travelling on a Lithuanian passport is a little different to a using a British one at times, despite them both being EU countries.

The border supervisor coolly explained that Kristina had to either have an approved visa in advance or have proof of a departure flight from Thailand within the next 15 days. Oh, bugger.

“You No Enter Thailand” 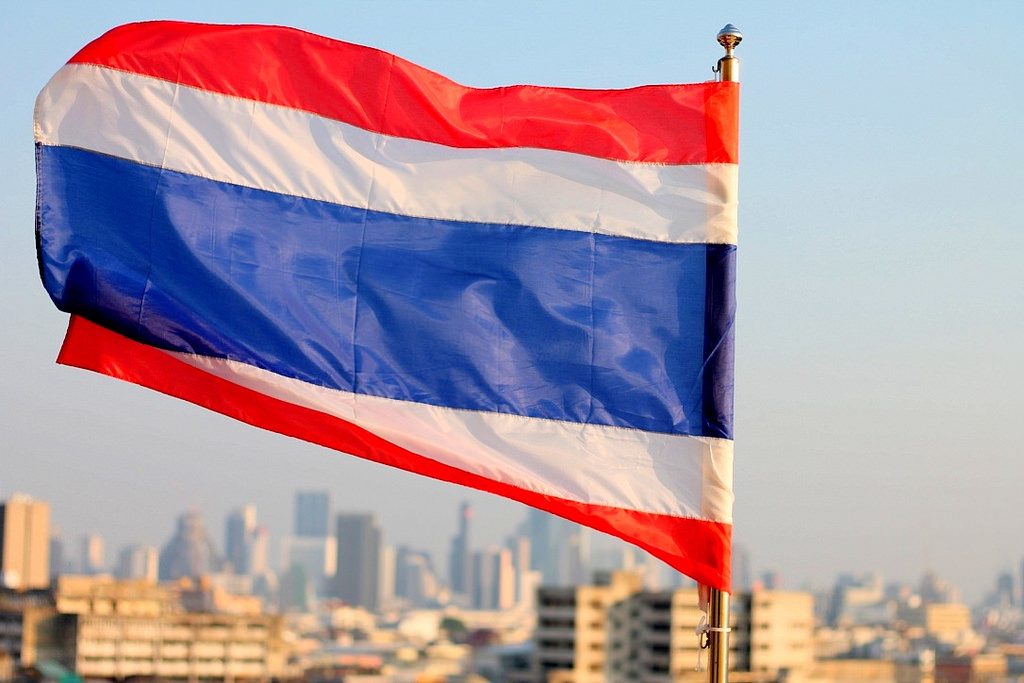 This led to both of us helplessly poking our fingers at the words European Union emblazoned on the front of our passports. I think this may have upset the supervisor a little, never a smart move, so she promptly asked us why we didn’t believe what she was saying as it’s her job and she knows the rules.

Well yes, it was her job, she ran this border crossing and she really wasn’t someone we should be starting an argument with. I felt a certain empathy with her at this moment having spent years working in customer service. All the times I’ve had to tell someone that the thing they had been looking forward to wasn’t going to happen they reacted in pretty much the same way as I did right there at the border.

It’s usually disbelief, followed by mistrust of the information presented and then anger starts to build, it never helps but it’s human nature. I’m sure it’s far from the first time she has had to deal with some unprepared idiots rocking up to her boarder and to be fair the supervisor dealt with it as well as could be expected.

So after our initial shock and annoyance, we tried to remain calm and clarify with her what the options now were. There were two.

We could either cancel my new Thai entry stamp, head back into Cambodia ($35 each) and obtain a Thai visa at the embassy in the capital Phnom Penh. Or we could try and find some wifi and a printer, book a flight for Kristina out of Thailand within 15 days time and come back to the border to try again.

After sitting down for a few minutes and weighing up the impact of both we plumed for booking a flight and paying for a 15-day visa ($30) for Kristina. This was mainly based on the fact that I currently had a limited supply of dollars in my pocket and all ATMs were conveniently located on the other side of both border posts.

The Result of Travel Complacency – Stuck in No Man’s Land 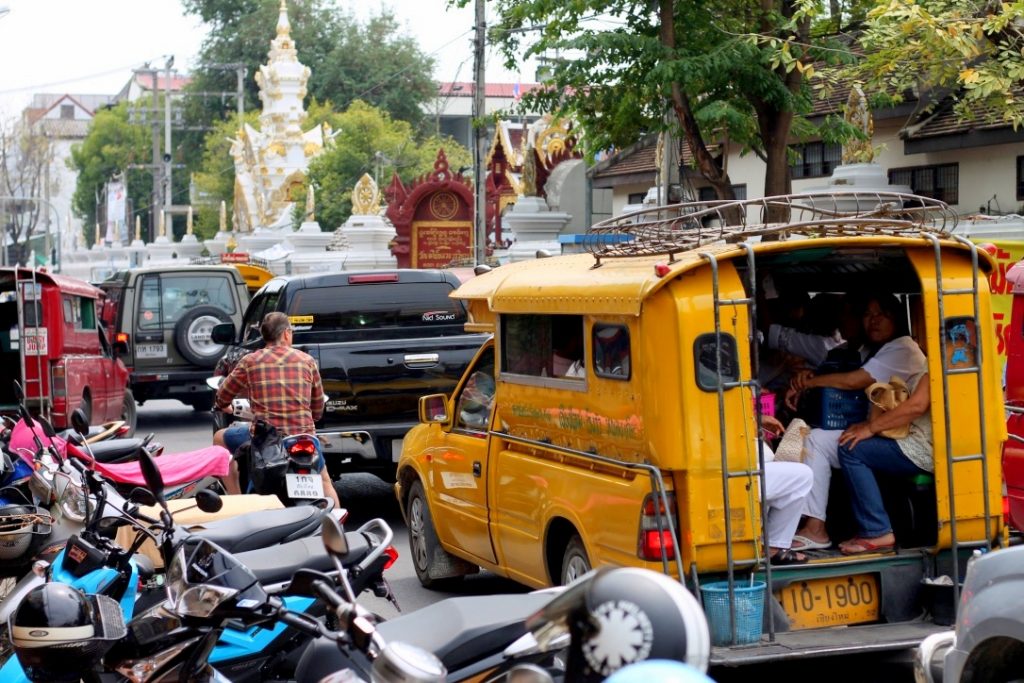 We miraculously managed to find a coffee shop with wifi and a printer in the strange no man’s land between the two borders which is mostly just frequented by gamblers and prostitutes. We’ve been stuck in nicer places.

After a few hours of failed attempts to book flights online and some very expensive coffee, we returned to the now-empty border post with a printed flight ‘request’. It just so happened on that particular day the servers at AirAsia had decided they fancied some time off. So all we gained for our efforts was a bit of paper from Opodo which confirmed that a request had been made for a flight, but it looked fairly official so we decided to chance it.

Luckily it passed the test with the border guard who now sat in a deserted border room and cheerfully processed a 15-day visa in exchange for $40. I retrieved my passport from the supervisor who had kept it with her. I presume in case I caused an international incident by attempting to get a Thai and Cambodian stamp simultaneously, thus bringing the system to its knees.

We were soon on a bus heading to Bangkok, a little later than planned but just relieved to be heading back to the city we love so much. Despite being exhausted we didn’t sleep much that night, our brains trying to process what just happened.

The irony is we received an email the next morning as we awoke informing us that our requested flight hadn’t been booked due to server issues. An otherwise wasted $40 saved. Sometimes the smallest victories are the sweetest.

What Did We Learn the Hard Way?

This border debacle occurred on our 150th day on the road. In all that time we had become complacent and it slapped us in the face like a wet fish right there at the Thai border.

I’m sharing this with you to highlight the danger of travel complacency when on the road. Even if you’ve ‘been there and done that’ things change, rules changes, places change while much still remains the same.

It’s just a little story from us about travel complacency. About one silly day that could have easily been avoided with a few minutes of checking the rules but we didn’t bother and thought we knew it all. When you travel you never ‘know it all’ even if you think you do, that’s the magic of travel. It keeps you on your toes in a way that cosy regular old life seldom does.

So next time you are planning to travel anywhere just take an extra few moments to check things over. You never know how much time and money that could save you! 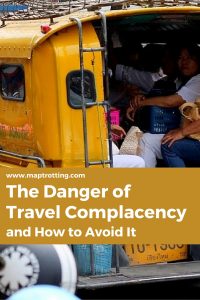