Visiting the Golden Mount and Chinatown in Bangkok

On our penultimate day in Bangkok we went for a wander. A great big wander right through Bangkok’s Chinatown and up to the peaceful Golden Mount (Wat Sakat) for sunset.

It started, as all great adventures do, quite unplanned with a vague idea of heading towards the old town as we hadn’t really explored that part of the city.

After a quick lunch at Chinatown we left chaos behind us and headed for the hills, well hill. On route to the Golden Mount we passed through another interesting area which this time seemed to be the carpentry quarter. There was a lot of creative woodwork on display, mostly in the form of elaborately carved doors. It was wonderful to see people taking real pride and creating such beauty from wood. 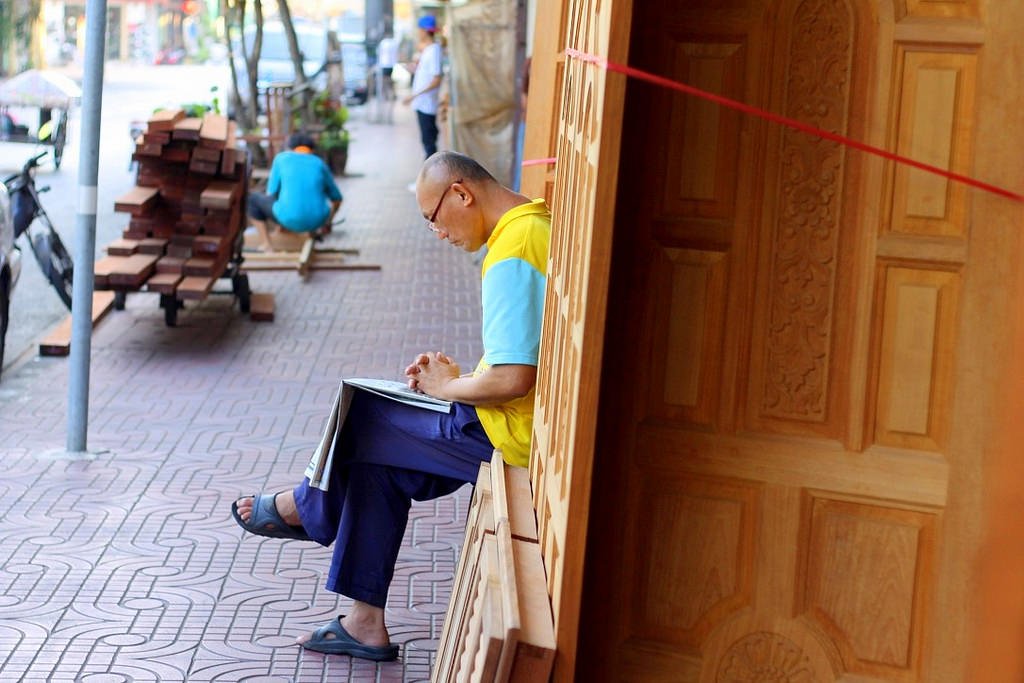 It was around a 15 minute walk from Chinatown to the Golden Mount heading north and following alongside the canal. Once you enter through the main gates there are some handy toilets and places for refreshment before you pay admission and head up the mount.

We filmed our experience of the Golden Mount, it’s under 4 minutes if you’d like a relaxing watch:

The ‘mount’ itself is an artificial hill left to become overgrown after the collapse of a large stupa which was under construction in the early 1800’s. I wonder how many people even think about this as they stare out from the summit, maybe then just accept there’s a random hill in the middle of an otherwise flat city. 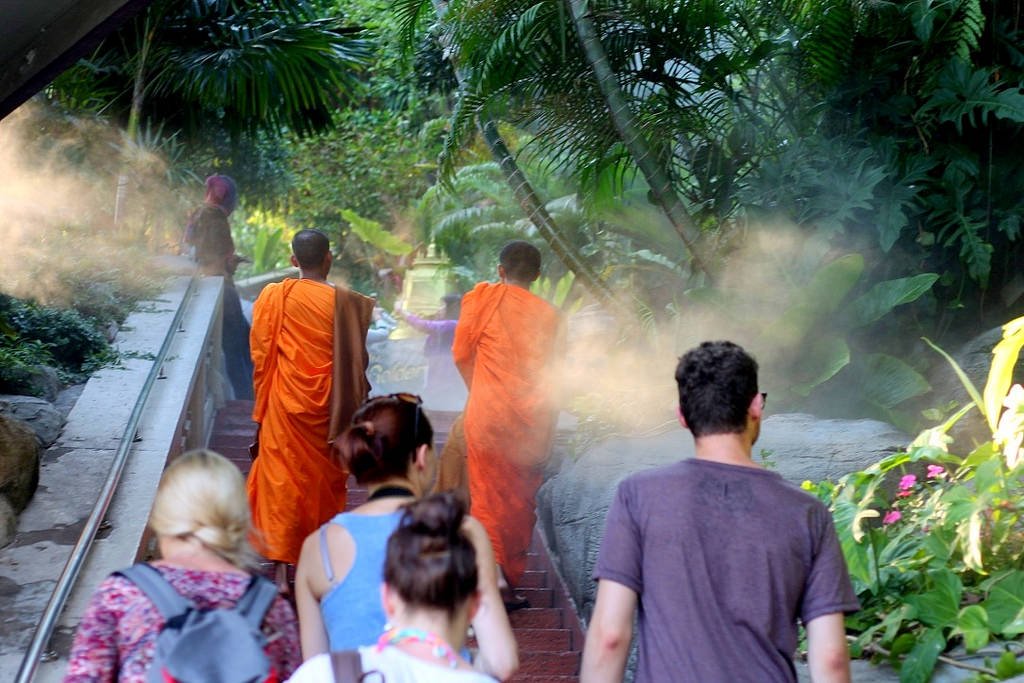 Once paid up you climb the 344 steps to the top for a stunning view across Bangkok city. We went about an hour before sunset and stuck around to watch the city light up and prepare for another crazy night. 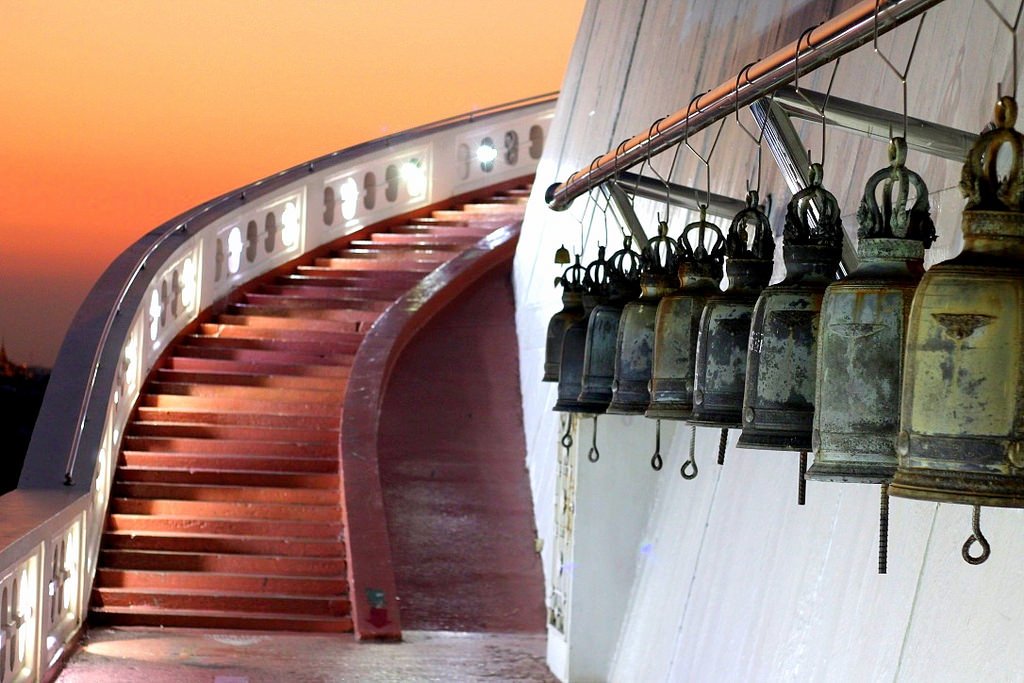 What strikes you as you look across the city is the huge contrast between the buildings and districts of the city. Off towards the river you can see shiny new apartment and hotel buildings whilst close by you have the ramshackle rooftops of markets and low income housing. Rich and poor all rubbing along together. 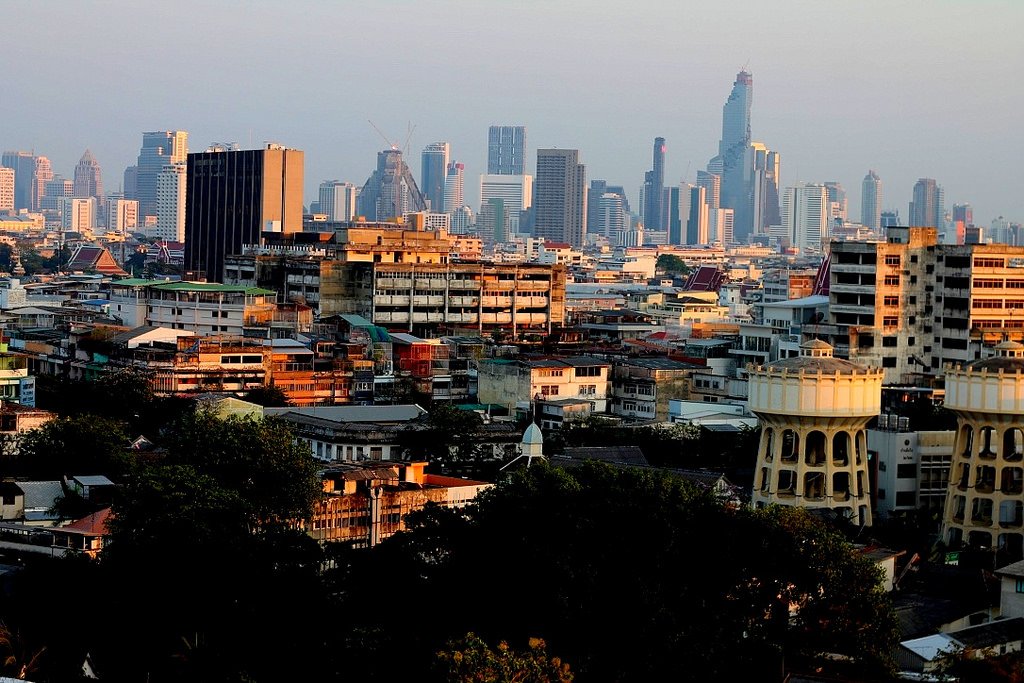 The main purpose of heading out into the city was to secure some train and ferry tickets to get us to Koh Tao the next evening. At the central train station in Bangkok you can book tickets for up to 60 days ahead of travel so we made this our first stop of the day, just a couple of stations along the Metro from our accommodation. 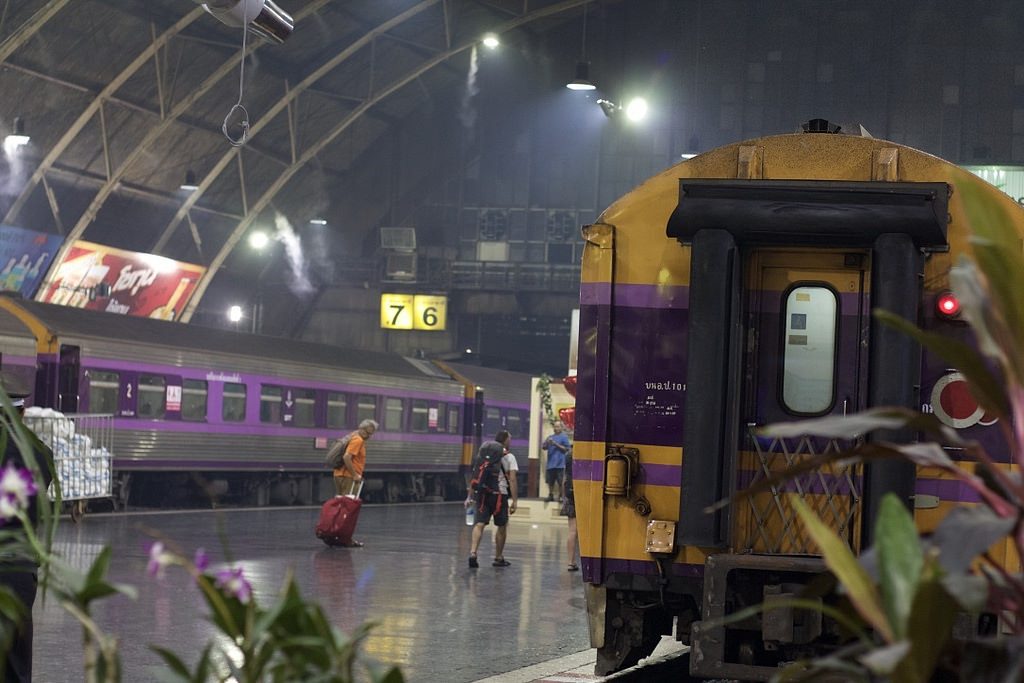 Having done my research via the excellent rail website seat61.com I knew that there was a special desk for stupid foreigners like us to book combination tickets. A helpful lady near the regular ticket line directed us upstairs to the tour desk and we booked our onward travel. More about this in the next post.

On a return visit to the station more recently I noticed an actual ticket office called ’Tickets for Foreigners’ to the left of the main ticket line. I wonder if we should have gone here as I think we did pay over the odds for the train and ferry to Ko Tao.

If anyone has had a similar experience at Hualamphong Station or knows better please share it in the comments below.

So after wandering out of the train station and consulting the map we saw that the Chinatown area was not so far away and it was still early in the day. After getting a little bit lost at first thanks to the chaotic road system/roadworks in the local area we soon found a quiet side street close by.

It was around a 20 minute walk from Hualamphong Station to the edge of Chinatown and on the way we seemed to walk through the engineering quarter of the city. I’ve never seen anything like the shops here, engine parts piled so high you could hardly enter into the places. It was chaotic yet beautiful at the same time, I just hope they never needed anything buried at the bottom of the pile!

We headed for Soi Wanit 1 (Sampeng Lane), the main tiny alleyway which winds its way through the centre of the Chinatown district. We walked its full length from east to west and at times it there was just enough room for two people to pass each other. Despite the narrow width food carts and mopeds loaded up with goods somehow made their way through. 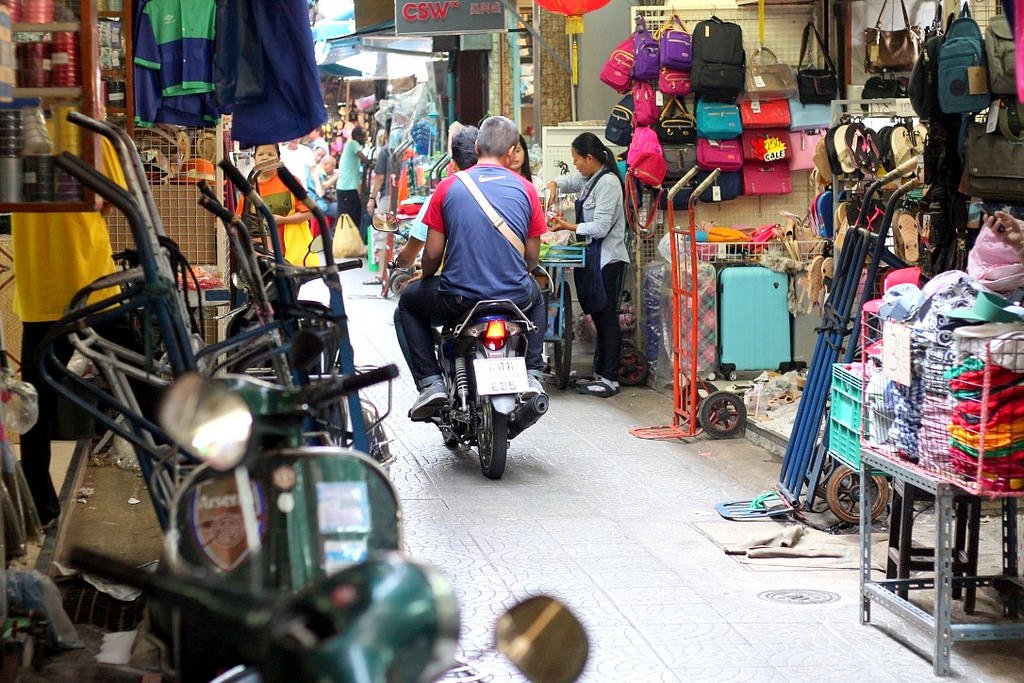 We really enjoyed the crazy but fun feel of the district and would really recommend a visit, well unless you’re claustrophobic.

Jump off the river boat at Tha Ratchawong pier and head north or the nearest Metro is Hualamphong Station and a short walk west.

Have you witnessed the sunset at the Golden Mount? How was it? Let us know in the comments below… 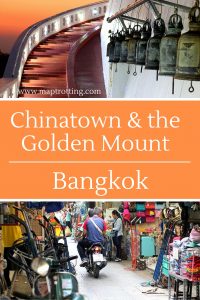