Havana Viewed from a Convertible, Cuba

We knew exactly how we wanted to spend our last morning in Havana. After queuing for a couple of hours at a bank for some CUC’s, we headed towards the Parque Centrale to have the last spin in a classic convertible.

It wasn’t easy to choose a car, they all look so cool. But I figured, since we already had a 30 minute wonder in a pink convertible, It would be nice to choose a different colour. The blue 1957 Ford seemed perfect. 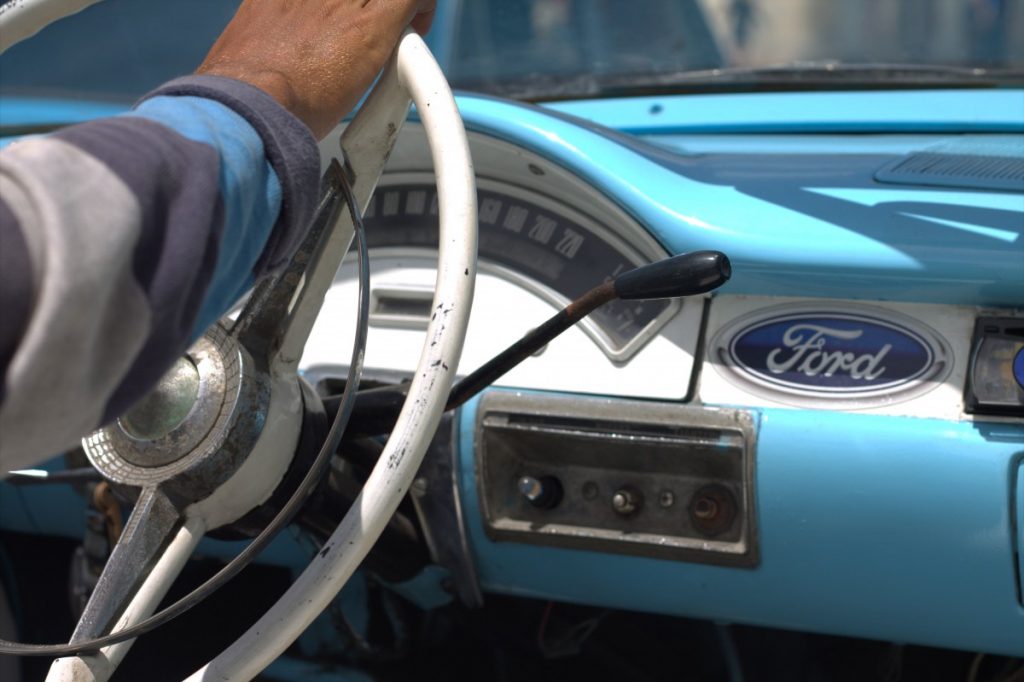 Nelson was very friendly, knowledgeable and spoke perfect English. It was great listening to his life story. Being curious about life in Cuba, we asked Nelson to take us to the airport later that afternoon. This way we had more time to chat as 1 hour just wasn’t enough.

He arrived promptly at the agreed time and place to pick us up, and just like this, we left Cuba in style. However, being taken to the airport in a cool car and by such a nice Cuban made it even harder to leave the country. 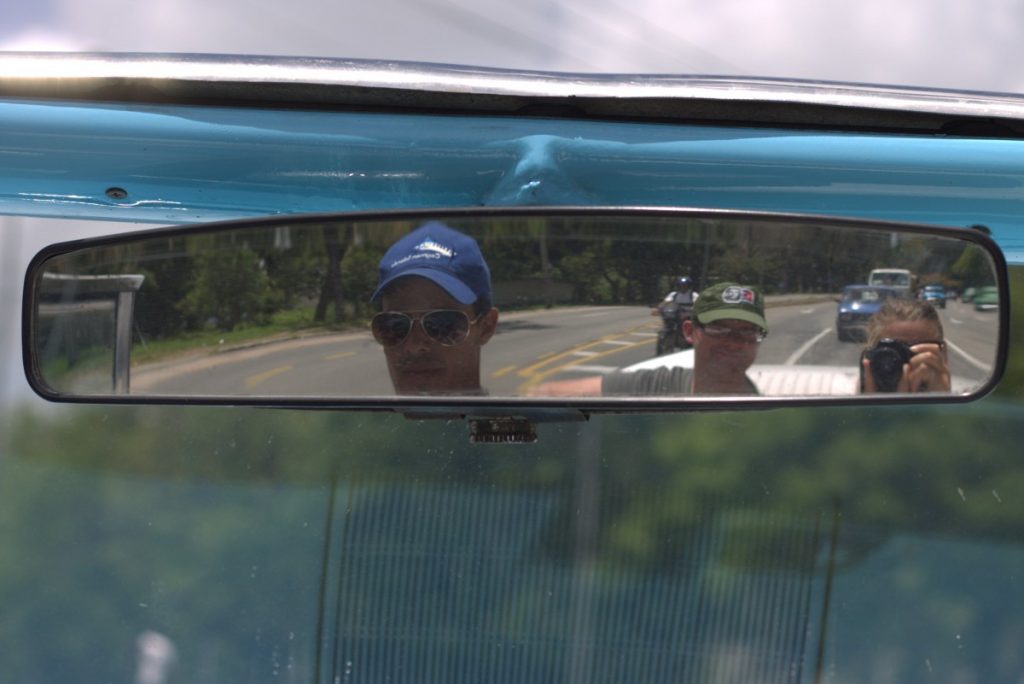 One hour spin around Havana in a classic convertible

Nelson took us through some amazing places we haven’t been to while in Havana. Soon after getting into the cool car, we were whizzing through the Revolution Square, the 5th Avenue, Forestal Park and the Malecon. Nelson also showed us the University where he studied IT for 5 years. 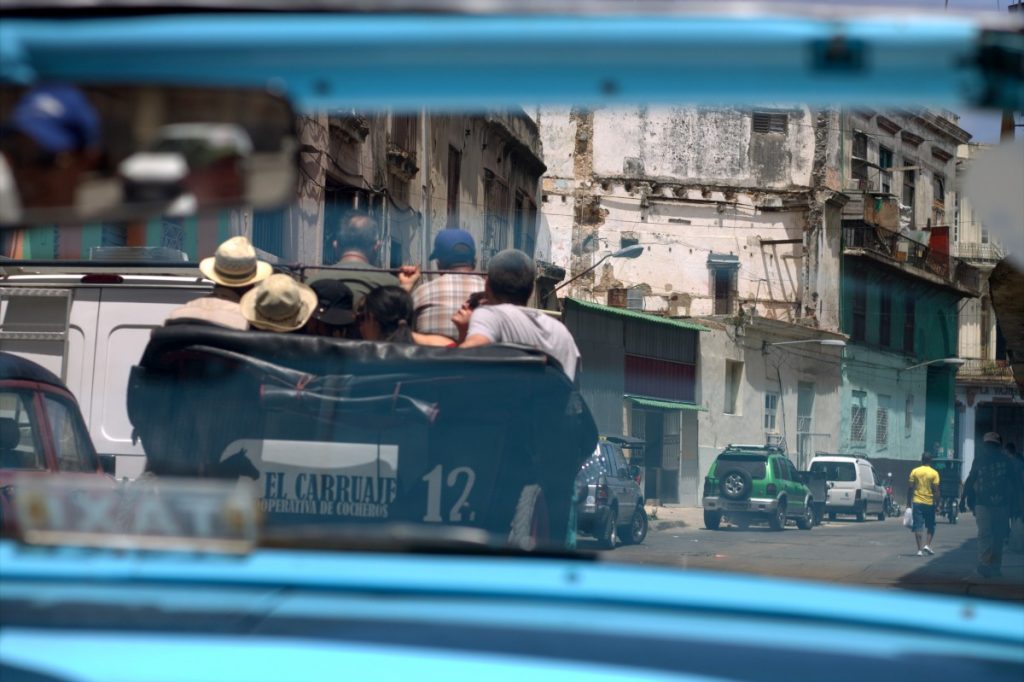 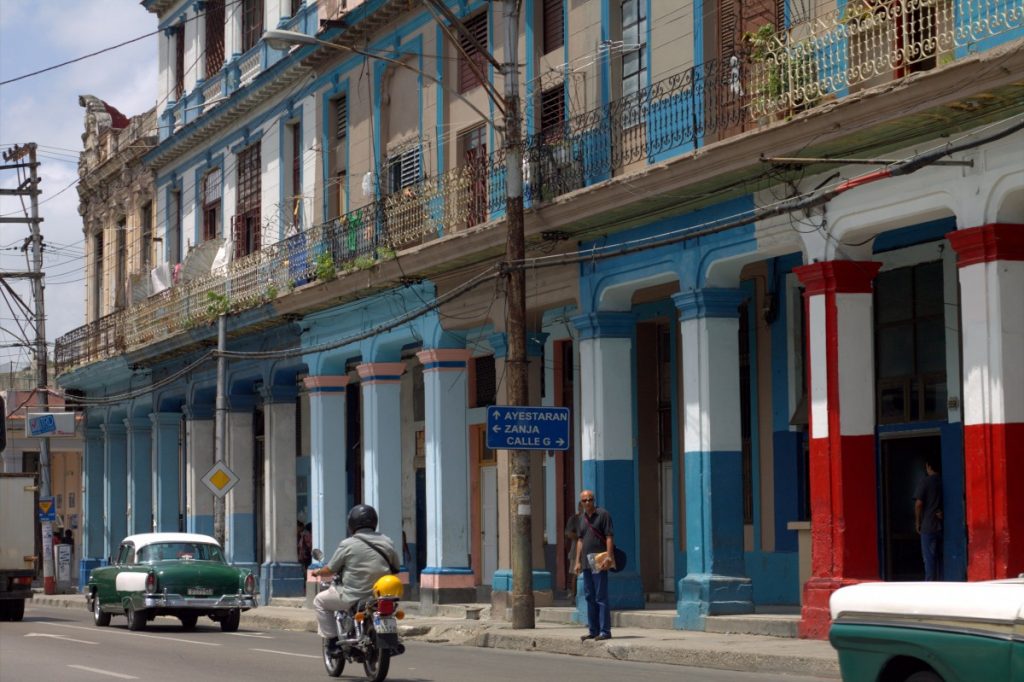 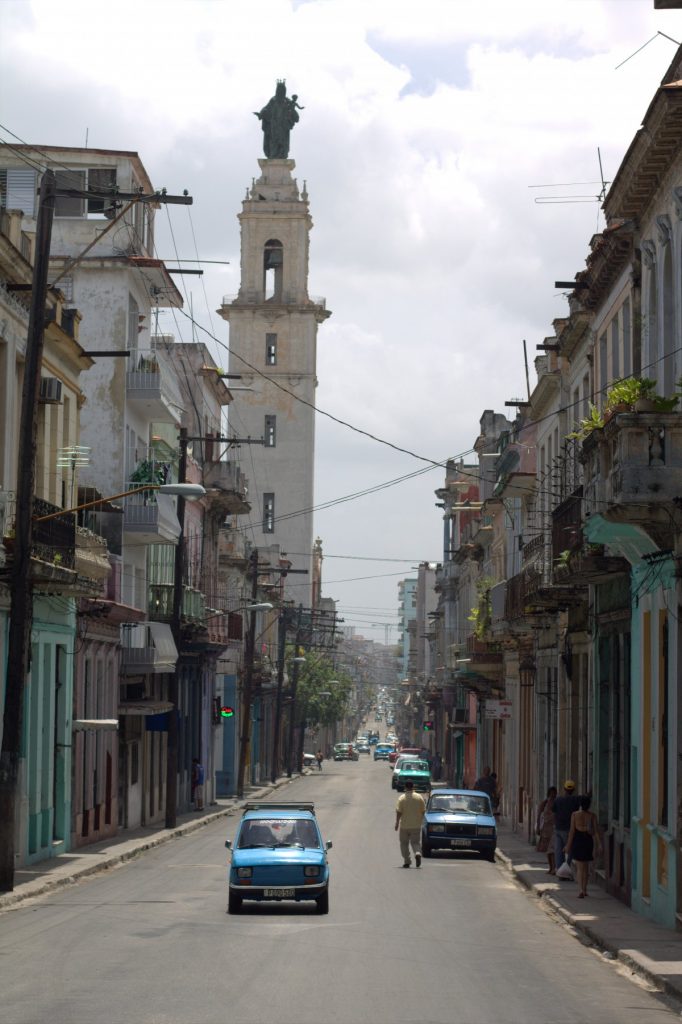 The Revolution Square and the Cuba’s heroes

Revolution Square, with the Cuba’s heroes wired on the tower blocks, was our first stop. Those tower blocs are actually the offices of the Ministries of the Interior and Communications.

The façades of the buildings are decorated with Che Guevara’s image and his famous quotation “Hasta la Victoria Siempre” (Until the Everlasting Victory, Always) and Camilo Cienfuegos with the quotation “Vas bien, Fidel” (You’re doing fine, Fidel). 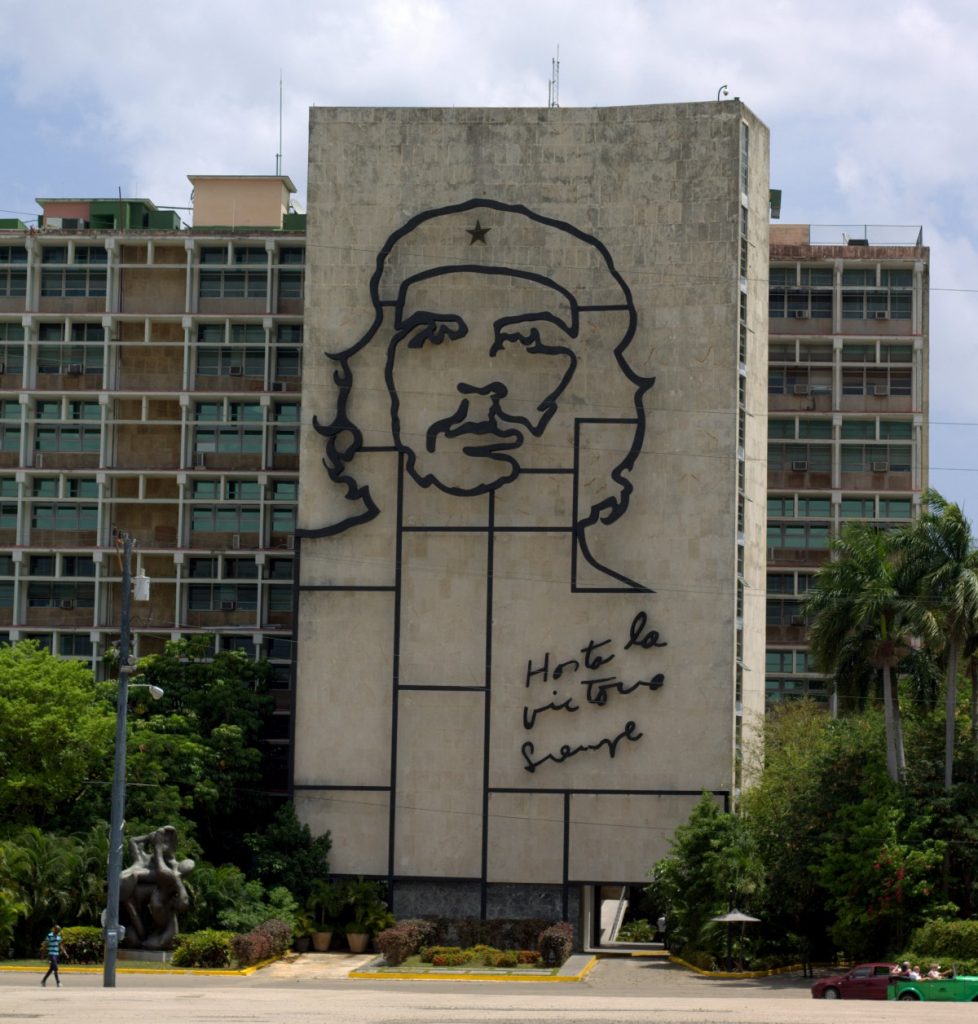 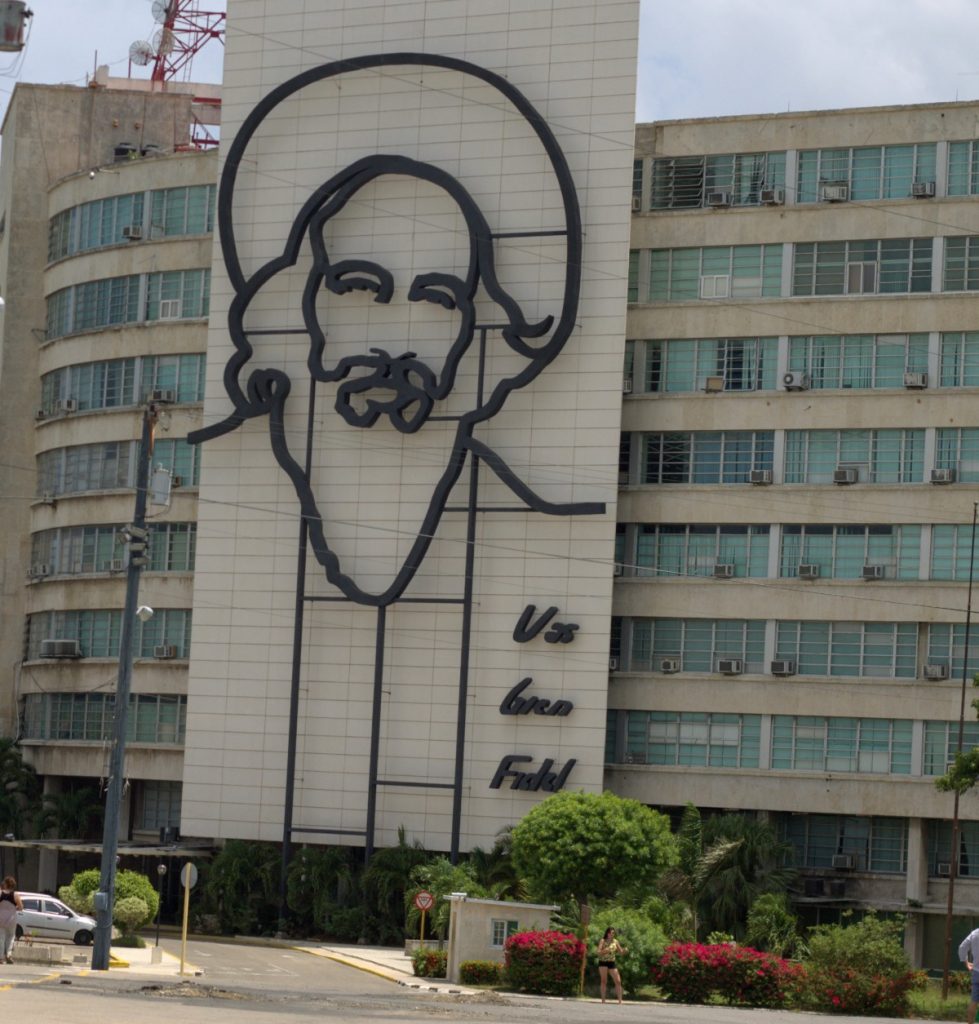 Opposite the towers, right in the middle of the Revolution Square, stands the impressive 109 m tall José Martí Memorial that dominates the Plaza. 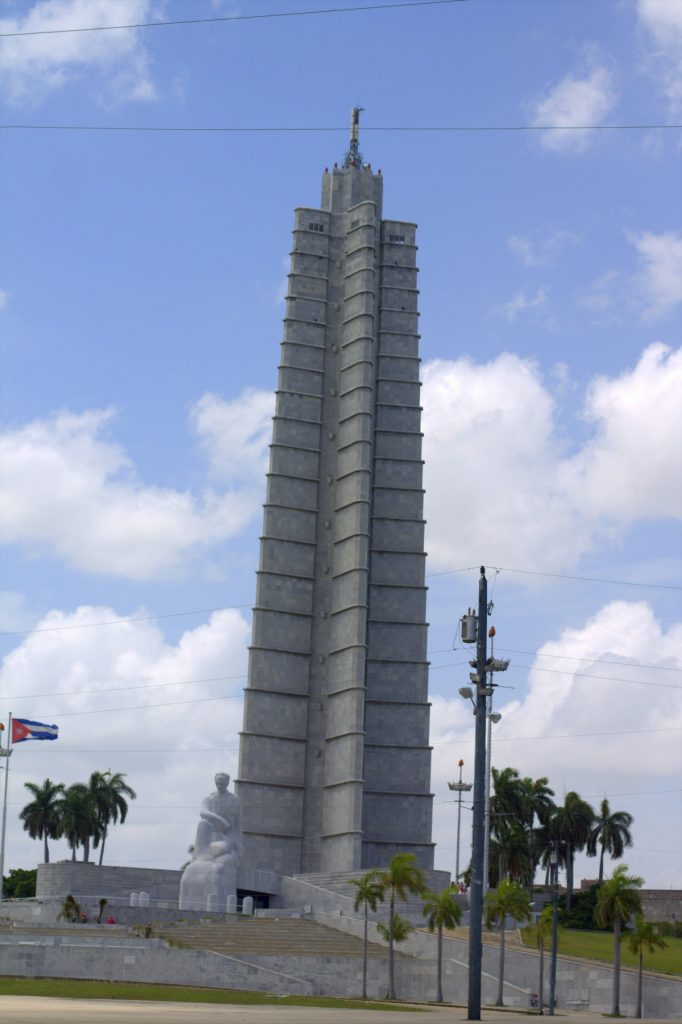 Here you will also find the National Library and other buildings located around the famous Revolution Square.

The exclusive 5th Avenue in Havana

After a quick look around the Revolution Square, we were taken down the elegant 5th Avenue, the exclusive street with high-class houses for well-off Cubans.

It was very interesting to see where some of the wealthy Cuban people live. Initially known as Avenue of the Americas it’s considered to be the most beautiful area in Havana, we are told by Nelson. 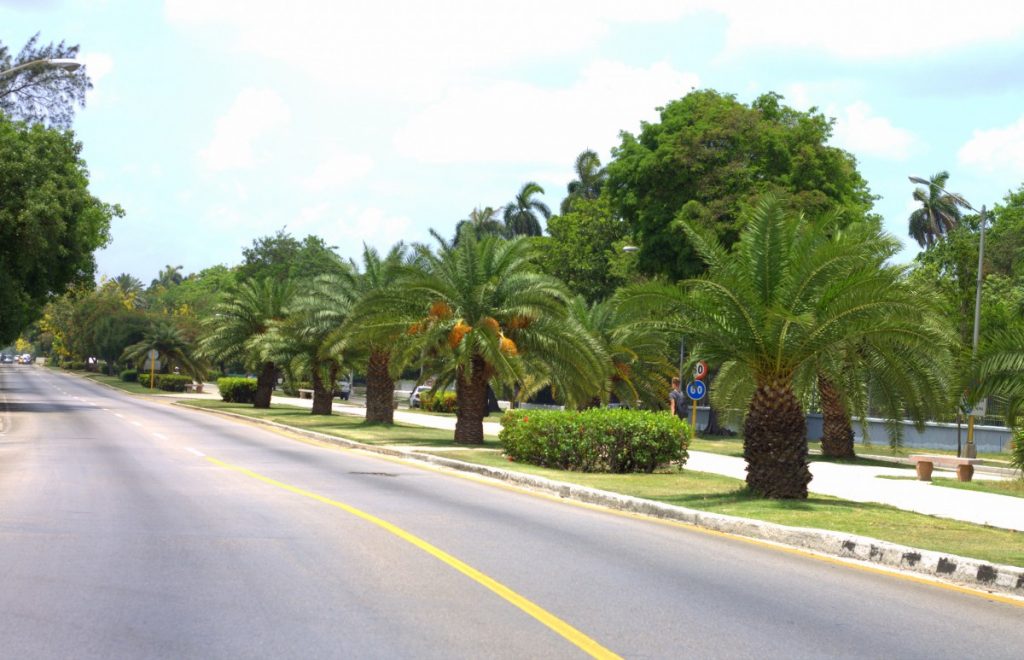 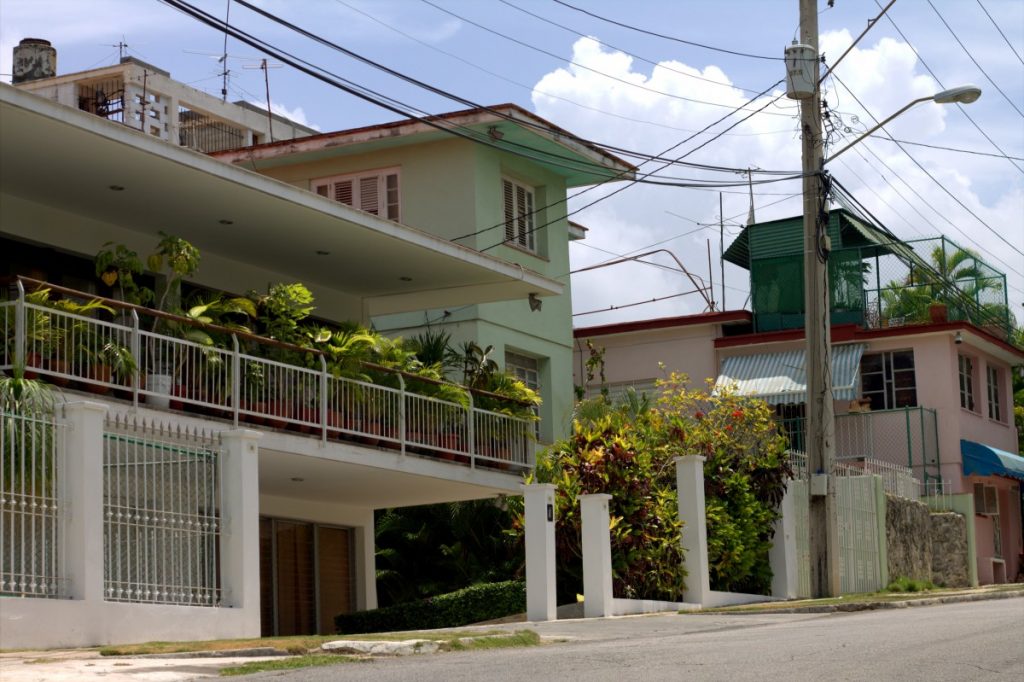 As it was a pretty hot day, the beautiful Forestal Park was a nice stop in the shade. It was peaceful and a great canvas for a few pictures. After a successful photo shoot we carried on to one of our favourite places in Havana, Malecon. 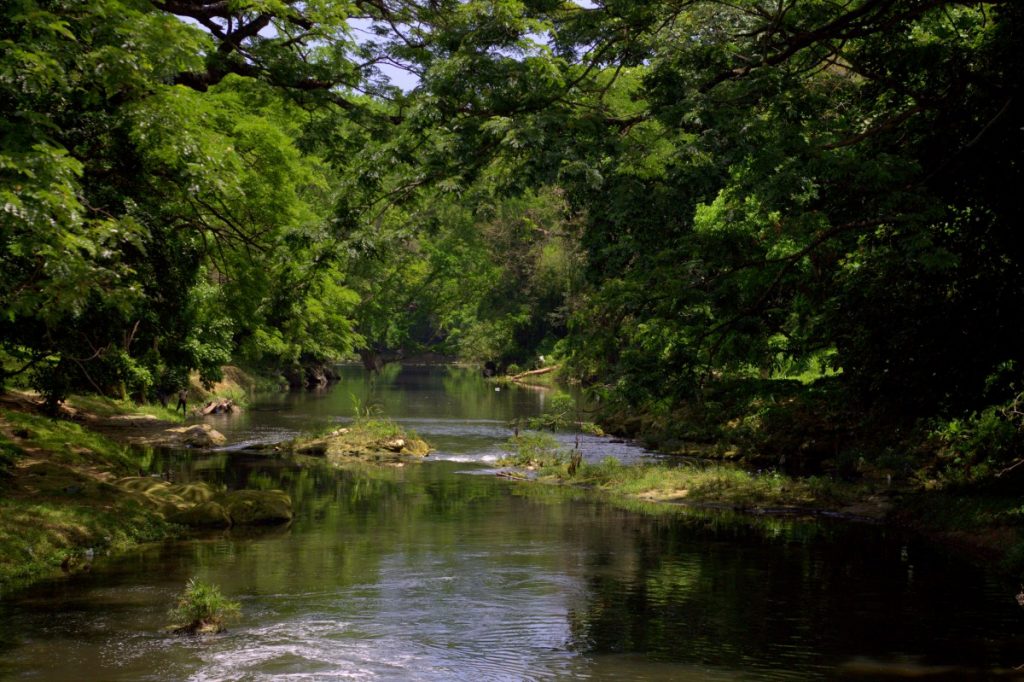 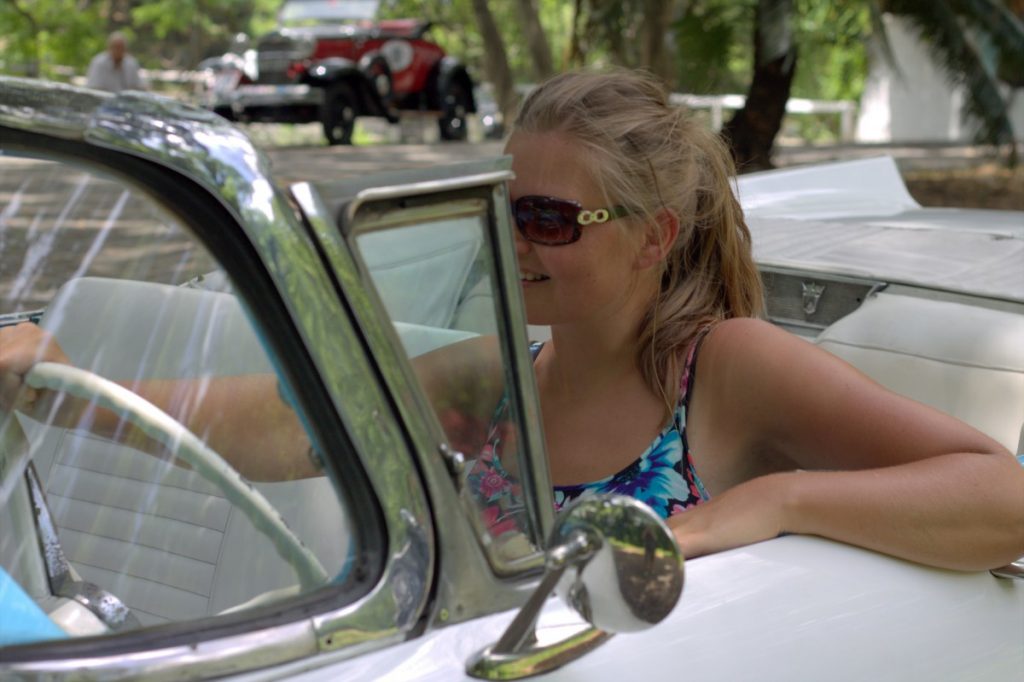 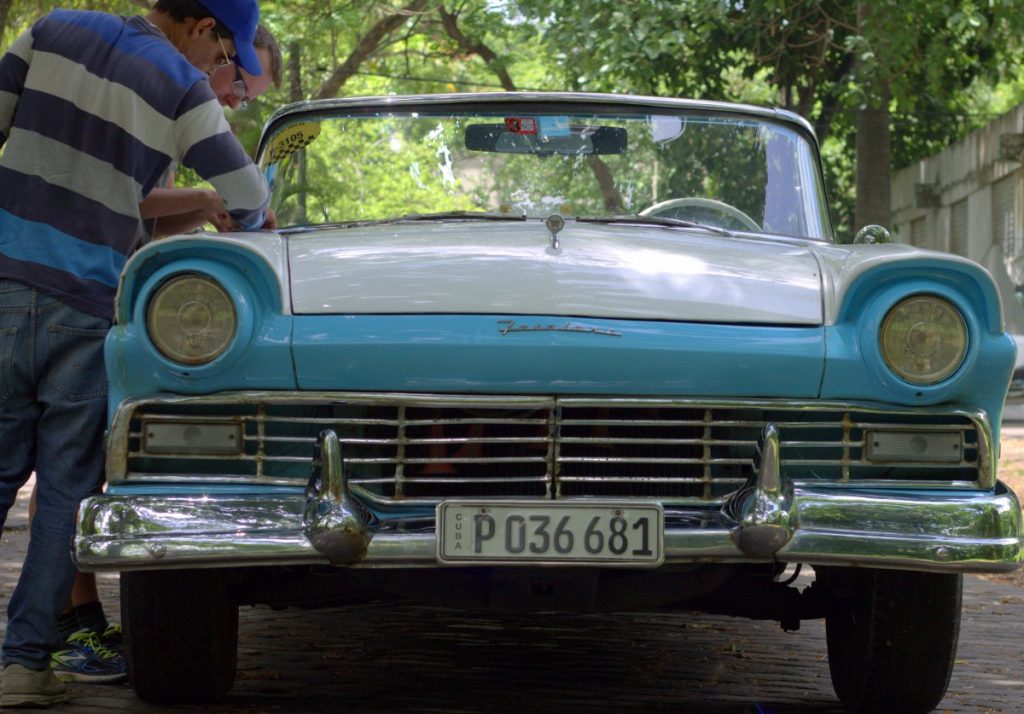 Nelson’s brilliant shot of us in the classic convertible in Havana.

Whizzing along the Malecón

My favourite part of the entire tour was whizzing along the Malecón, giving us a different perspective from being on foot. Again, Nelson briefed us on the history of the buildings along the waterfront.

The Malecon looked completely different in the day light. We mostly walked along the waterfront at sunset and seeing it in a broad daylight at street level was priceless.

Nelson also pointed out some new art installations which we would have loved to check out closer, but just didn’t have the time. 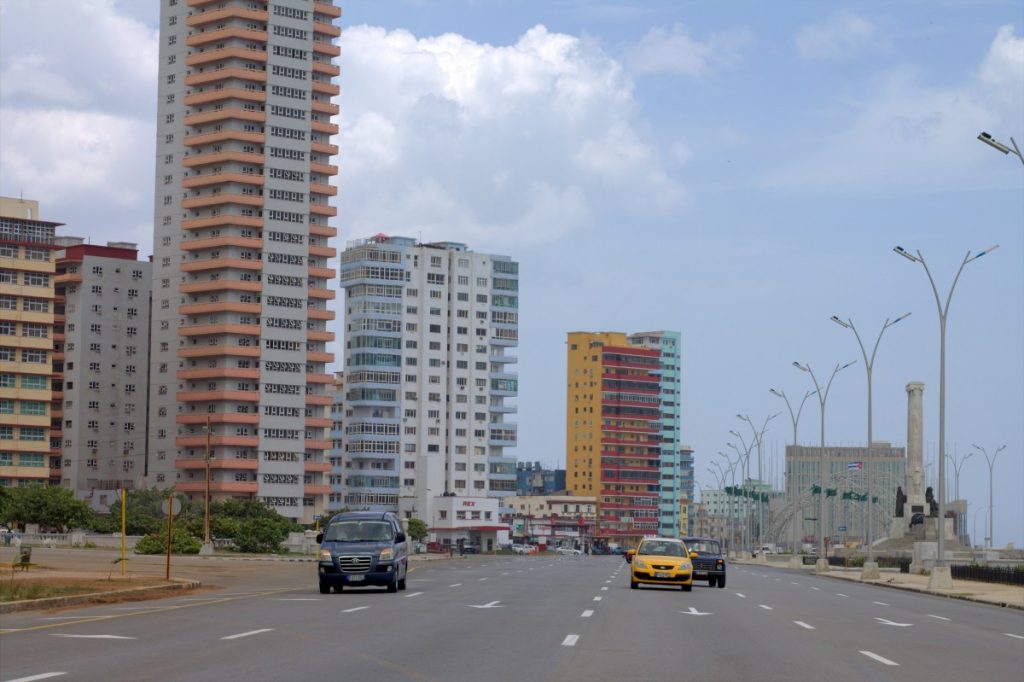 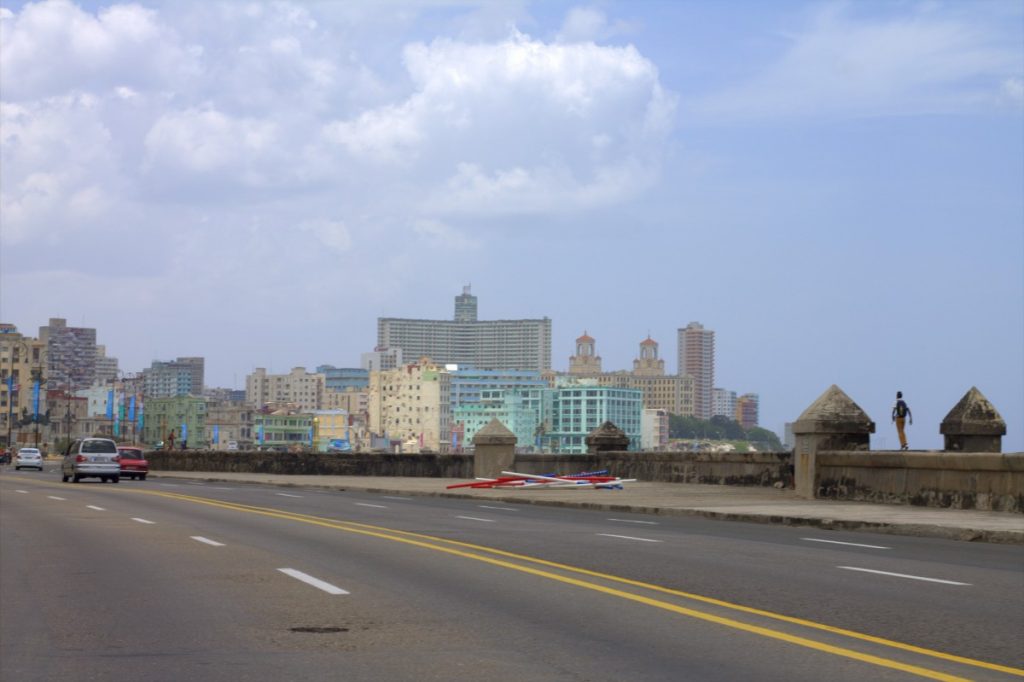 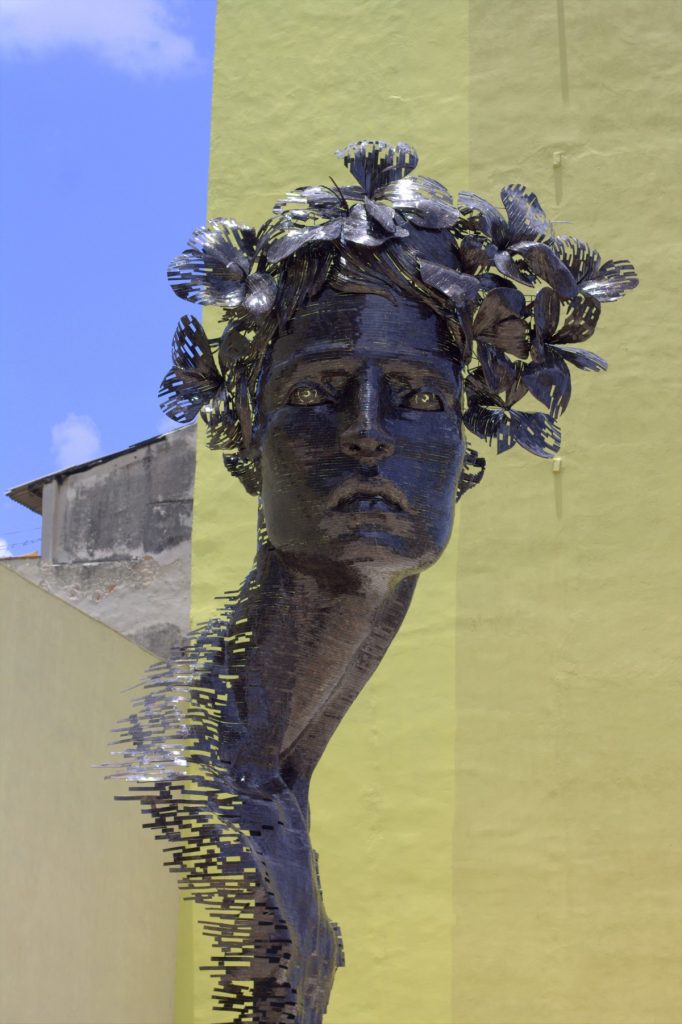 It was so much fun, I didn’t want it to end. In general, I didn’t want to leave Cuba. Two weeks was definitely not enough time to explore this amazing island. It was very sad to board the plane, but hey, we are coming back soon, right?

If you are planning a trip to Cuba you might like to check out Our Complete Guide to Booking a Casa Particular in Cuba.

Have you done a tour in a 1950’s convertible? Where did you go? What did you like the most? Let us know in the comments…. 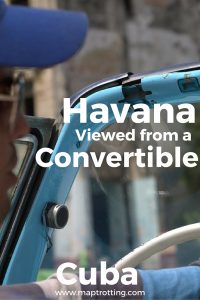