Top 7 Things to Do in Kampot, Cambodia

Located in southwest Cambodia, Kampot is a sleepy riverside town. But don’t get fooled by the word ‘sleepy’, there are more than enough things to do in Kampot to keep you entertained for days.

Kampot is best known for its organic pepper farms, which should absolutely visit. It’s also known for its expat and digital nomad communities because it’s a town that’s easy to fall in love in. Many have come for a few days and ended up staying. Life is easy going here.

How Many Days do You Need in Kampot?

Depending on what kind of Kampot attractions you are after, three to four days is more than enough to explore the city and beyond. We stayed in Kampot for five days to catch up with the blog and enjoyed the chill vibe in the town.

Is Kampot Worth Visiting?

In short, yes. There are many fun things to do in Kampot so it’s worth sticking around for a few days. From visiting pepper plantations and relaxing in local spas to watersports and culinary explorations, Kampot in Cambodia offers a great mix of activities for any taste and budget.

Here are our top 7 suggestions of what to do in Kampot.

Top 7 Things to Do in Kampot

As far as Kampot activities go, there are more things to do and see in this sleepy town than you think. But one of the best if not the best things to do in Kampot is visiting its world-famous Kampot pepper farms. 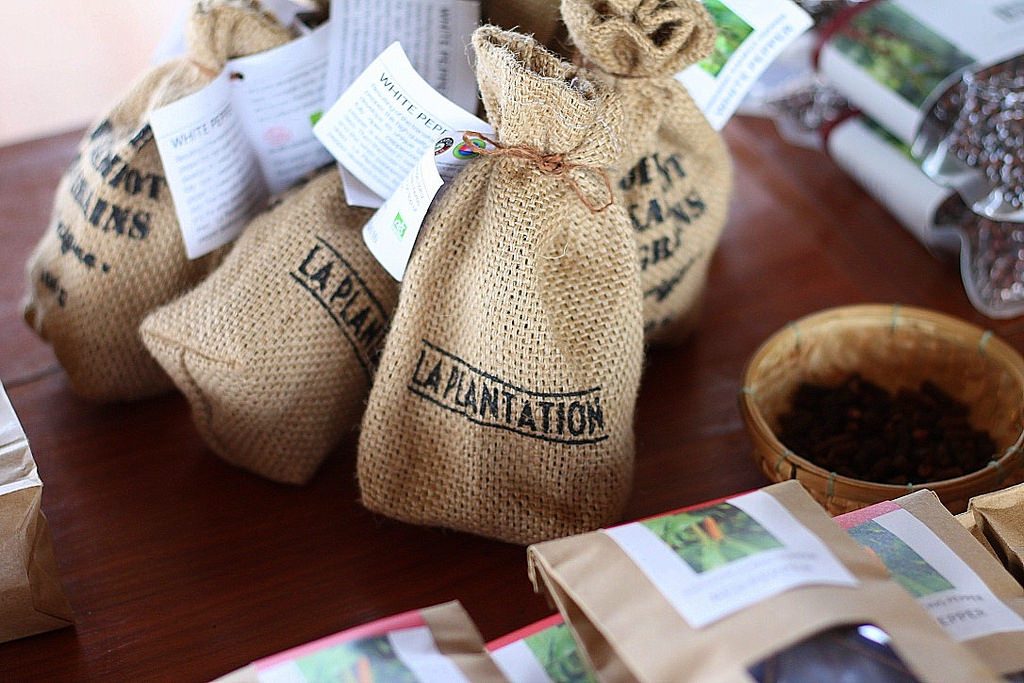 La Plantation is one of the pepper farms in Kampot which produces some of the purest pepper anywhere in the world.

The location of the farm, surrounded by mountains, is the most stunning. But the most important factor in producing the unique Kampot pepper is the quartz-rich soil found at the base of the Elephant Mountains range.

And that’s where La Plantation was founded back in 2013. The pepper here is grown in the traditional, organic way, using only organic fertiliser. And if you’re as lucky as us, you’ll also get to see and sniff the organic fertiliser, yuck!

Stinky compost aside, you’ll be greeted by one of the friendly staff on your arrival who’ll give you a free tour around the farm. As you walk through the neat rows of pepper plants, you’ll learn all about the red and black pepper, its virtues and differences.

To chill and hide from the sun, you can pop upstairs into their beautiful cafe/restaurant with soothing views of the plantation.

Here you can sample freshly prepared meals seasoned with the well-known spice. The cafe houses a shop with peppery goodies displayed in the middle of an open room.

Their offering extends to red, black and white pepper; grown, picked, washed, boiled and dried on the farm. We couldn’t resist buying a couple of bags for our friends and family.

How to get to La Plantation 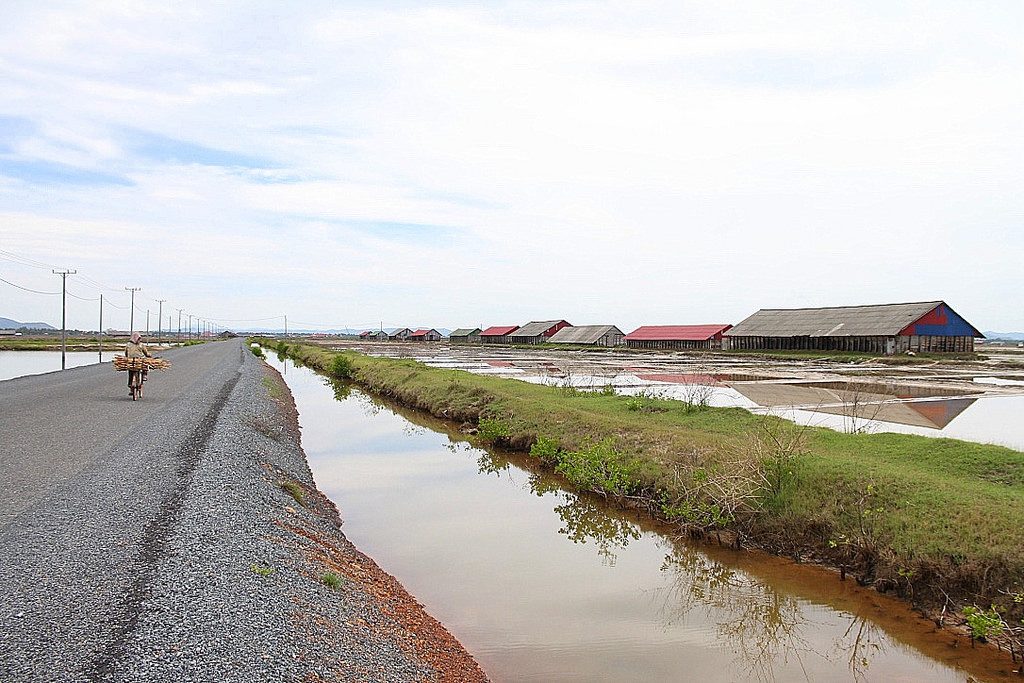 To visit the plantation you could either hire a motorbike or grab a local tuk-tuk for a few dollars. Overall, it takes around 45 minutes to get there. We stopped a couple of times to buy some petrol and take a few photos of the salt fields.

La Plantation is located in Bosjheng village, around 20 km east of Kampot. Once you leave the town, follow the dirt road to the left through some very cool salt fields.

Passed the salt fields, turn right onto the main road and it will be around 5-10 minute drive until you see a big sign for ‘La Plantation’ where the road forks.

Take the narrow bumpy dirt road which will take you to the plantation through the local village and some pretty sights.

We struggled on the dirt road with our motorbike. The earlier rain made the drive incredibly slippery so be careful, it’s easy to fall off your bike. Even the tuk-tuks taking tourists to the plantation struggled through the mud.

Is it worth visiting La Plantation?

Absolutely. The farm is a great place to visit in Kampot and you get a free tour. Plus, it’s not every day you get to see the Kampot pepper, used by many top chefs around the world, being grown in its natural habitat.

As well as contributing to the local community, the plantation is also looking after a nearby school by supplying its pupils with schools supplies and bicycles. So yes, go visit!

2. Learn How to Cook Khmer Dishes

In case the weather isn’t on your side during your visit, taking a cooking class could be one of the best things to do in Kampot when it rains.

At La Plantation, you’ll get to cook traditional Khmer dishes and learn how to use the famous Kampot pepper. Also, you’ll get to go to the local market to pick up the produce for your cooking class, which is always a fun experience. 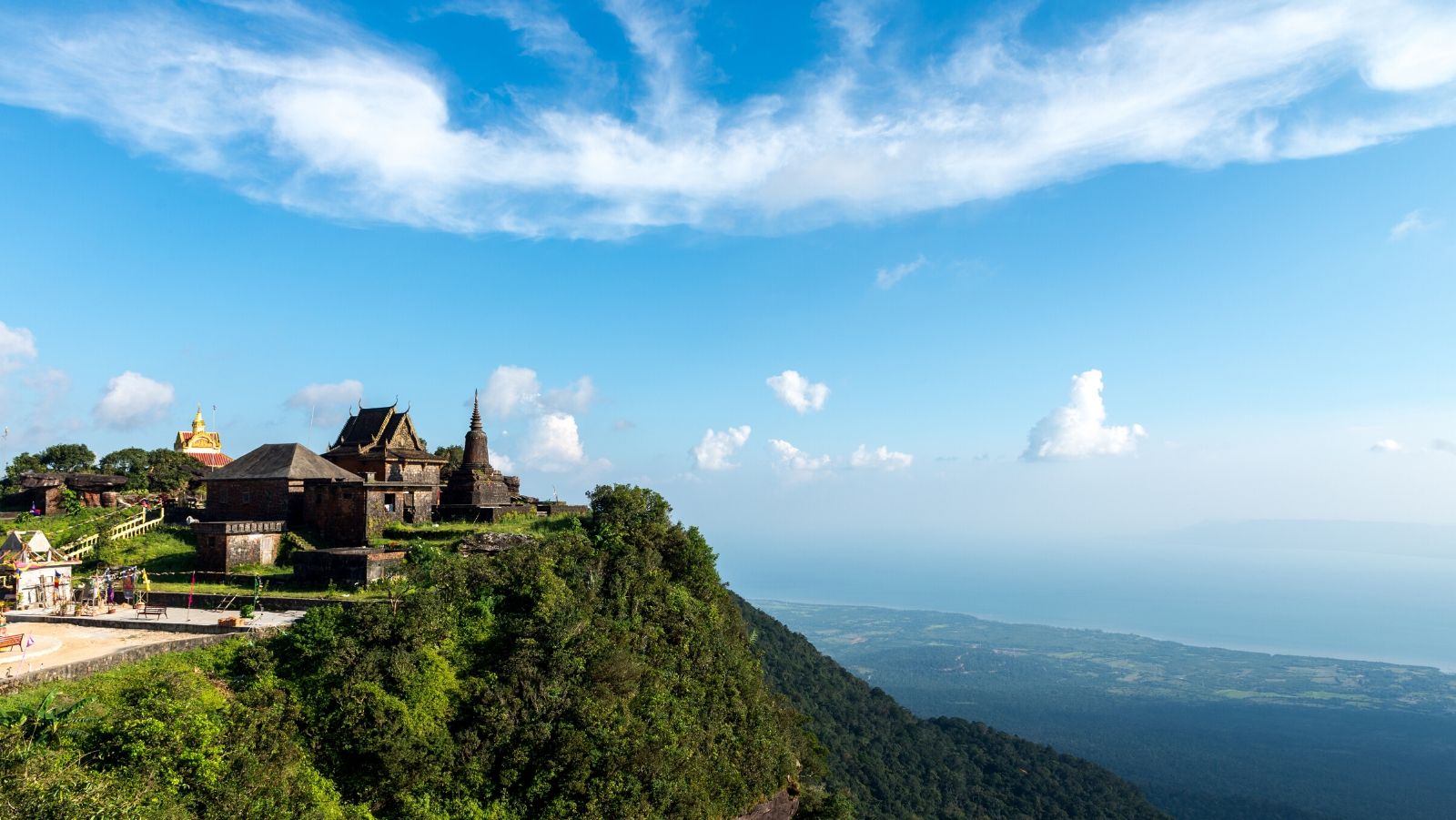 Kampot province is famous for the Bokor National Park. Hopping on a bike to explore the beautiful nature reserve is one of the top things to do in Kampot if you are up for an exciting adventure.

While exploring the park, don’t forget to climb up to the abandoned French ‘Hill Station’ on top of the mountain. Unfortunately, it is now also home to a multi-million dollar casino, boo.

Be extremely careful when exploring on a bike. The roads today are full of big trucks supplying building materials to a once beautiful summit of Phnom Bokor which sometimes spoils the local chilled vibe a little.

There are many mixed reviews about the secret Kampot waterfall. But if you are planning to visit the Bokor National Park, it’s a great pitstop to have a rest and cool down.

The two-tiered Popokvil waterfall is a beautiful place to visit in Kampot in the rainy season. But if you come here during the dry season, there might not be a waterfall for obvious reasons.

Have some spare change for sugar cane juice and bring some snacks with you if you are on a budget. But be kind to take the littler with you when you leave the park.

When looking for relaxing things to do in Kampot or when it rains, consider visiting one of the beautiful spas located on the Teuk Chhou River.

Both Banteay Srey Women’s Spa and Nibi Spa offer healing massages and beauty treatments. The Banteay Srey Spa also does yoga classes if you need a little stretch after your travels.

Aside from the luxurious pampering sessions, the second best thing about these spas is the peaceful surroundings. While waiting for your treatments at Nibi Spa, you’ll have a chance to swim in Teuk Chhou River. And no, there are no crocodiles in Kampot!

If you have time on your hands, enjoy a day trip to Kampot’s smaller neighbour Kep, a former French colonial resort town. It’s known for its crumbling colonial architecture, crab market and seafood scene, golden-sand beach and laid-back vibe.

You can either have a lazy day on the beach or hop aboard the Crab Shuttle for a 20-minute ride to Rabbit Island (Koh Tonsay).

Kep is only 25 km away from Kampot making it an easily accessible place to visit the area. To get there, you can either take a taxi, rent a motorbike or cycle if you need a good exercise.

7. Walk Around the Sleepy Town

With all the fun, relaxing and exciting things to do in Kampot, you can soon get distracted from one thing that doesn’t cost you a penny. Be sure to go for a wander around the town.

The small sleepy town of Kampot is known for its beautiful French colonial architecture and, as we’ve already mentioned, wonderful scenery.

As you walk around, spot the glorious yellow Art Deco structure, a used-to-be local fish market and later discotheque. The Kampot Fish Market now offers a great food fair along with some of the best river views.

Other notable buildings and structures include the Kampot Provincial Museum, the beautiful Kuong Yuk Chinese School and the Old (French) Bridge aka Entanou Bridge. It suffered severe damage during the Khmer Rouge era but was successfully restored to bridge both sides of Kampot.

A fun thing to see in Kampot is the giant Durian sitting in the middle of a roundabout. You’ll see if from the bus on your arrival to the town but come back to admire the statue when you’re wandering around the town. This one doesn’t stink!

How do You Get to Kampot from Phnom Penh?

Kampot is around 150 km away from Cambodia’s capital Phnom Penh. The easiest way to get to Kampot is to book tickets with the Giant Ibis bus company or the Cambodia Post VIP Van.

To save time, we booked our Giant Ibis tickets in advance via the 12Go Asia website and had a pleasant 4-hour journey to Kampot via Kep. The Cambodia Post VIP Van goes to Kampot directly and arrives there quicker, in 3 hours.

12Go Asia is a great website for booking bus tickets in Cambodia. We used it extensively during our SE Asia travels. It’s a reliable service, plus you don’t need to print tickets. Just show them on your smartphone. Easy.

Is Kampot worth visiting?

Yes. It’s a laid-back town with plenty of good food options. And you’ll have a wide range of fun things to do and see in Kampot.

How far is Kampot from Phnom Penh?

Kampot is around 150 km away from Kampot. It costs around 9$ and takes 3-4 hours to get there on a bus depending on the bus company.

In general, Kampot is a safe place to visit but crimes happen here as in any other place in the world. Stay vigilant at all times and listen to your gut. Use common sense and try to avoid conflicting situations.

Kampot to Kep. How to get there?

Kep is located around 25 km away from Kampot and can be reached via a taxi, motorbike or bike.

Have you visited any pepper plantations? Let us know in the comments below… 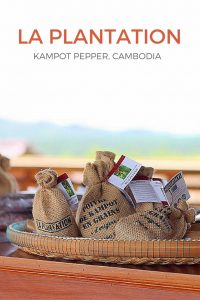