The Secret Imperial Citadel of Thang Long in Hanoi

If you want to escape the motorbike filled streets of Hanoi then pay a visit to the Imperial Citadel of Thang Long in Hanoi.

It’s one of those easy to pass by sites showing a mishmash of history that reflects wider fortunes of Vietnam across the centuries. Visitors often flock to the Vietnam Military History Museum next door and neglect this fascinating glimpse into the countries history.

If you want to really get under the skin of Hanoi and stare directly into its chequered past then this is the place to start.

What is the Imperial Citadel of Thang Long in Hanoi?

The site was granted UNESCO World Heritage status in 2010. Having that accolade must mean there’s some important stuff here right? But what exactly?

This area has served as the royal, political and military centre of Vietnam for nearly 1,300 years. Being the epicentre of all the important goings-on for all that time has left an interesting mix of buried treasures around the site.

The royal palace was first established here during the Lý dynasty in 1010 and remained as the seat of the Vietnamese court until 1810. This was when a new royal capital was established 700 km south in the centre of the county at Hue.

After the royal palace was abandoned it slowly fell into a state of disrepair. It was in a poor state by the time French showed up to conque Hanoi in 1896.

They eventually tore most of the palace structures down but spared the iconic Hanoi Flag Tower. They used it as a handy military post during French rule and it’s still there for all to visit at the Vietnam Military History Museum next door.

Despite all the destruction and invasion across the centuries a few structures do remain and have since been loveling restored. These include the imposing Doan Mon gate which marks the southern entrance to the royal palace, the steps of Kinh Thiên Palace and the Hậu Lâu (Princess’ Palace).

There’s also a visitors information centre at the entrance which is also where you purchase your tickets. There’s limited information in English but enough to get a handle on what the Imperial Citadel of Thang Long is and why it’s so important to the nation.

Read more: The Top 20 Things to in Hanoi 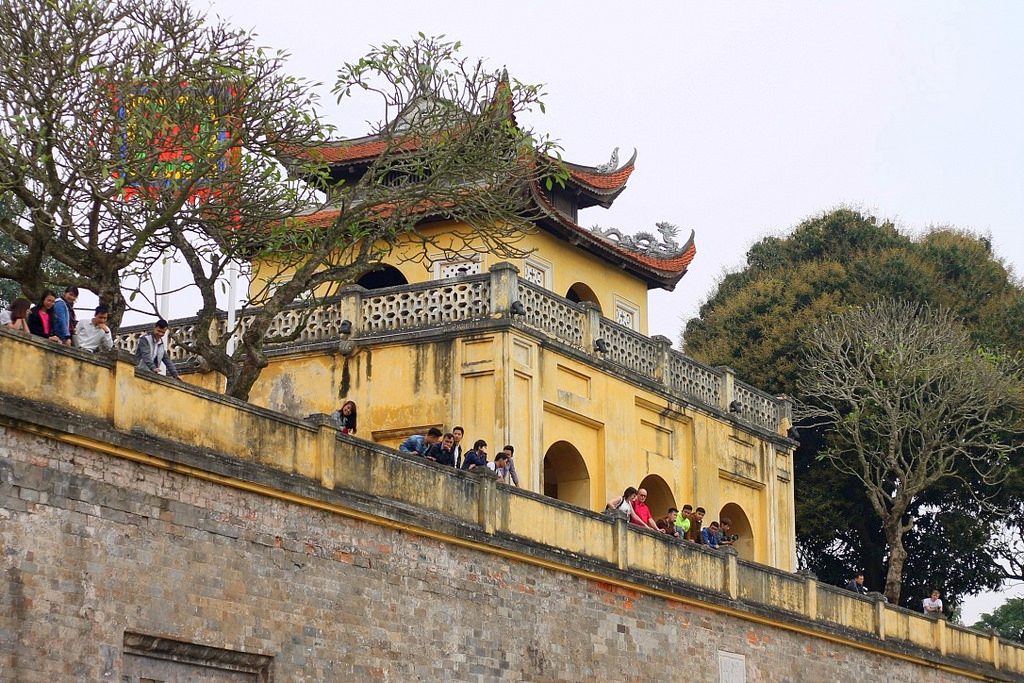 Of course, it’s impossible to visit a historic site in Vietnam without mentioning the Vietnam War, or American was as the locals refer to it.

During the conflict, a hidden network of bunkers was dug underneath the Citadel site. The most important section was constructed in 1967 and known as Bunker D67 and the Dragon House.

From the outside, the building at ground level looks fairly ordinary, but a wander inside reveals a hidden entrance to the fortified war bunker below. It was from this buried room that military commanders made key decisions about the conduct of their troops in the Vietnam War.

It’s quite something to disappear from the daylight, through the 60 cm think reinforced doors and into the bombproof command room. The Vietnamese Government have of course recognised the building and the bunker as part of Vietnam’s Outstanding Revolutionary Heritage.

It reminds me of the Churchill War Rooms in central London and is equally captivating. Here’s a quick video from our visit in 2016 which shows the underground bunker.

Tranquillity in the Grounds of the Imperial Citadel

Not only is the Imperial Citadel of Thang Long at the heart of Vietnamese military affairs, but it’s also a beautiful site to visit. A promenade of cute bonsai trees lines the entrance into the Citadel.

The trees are expertly manicured with little statues underneath the branches depicting the daily life of the Vietnamese or even the lost city of old Hanoi. It was a very pleasant spot to go for a stroll far away from crazy motorbike packed streets of Hanoi.

The steps of Kinh Thiên Palace decorated with 15th century stone dragons and the Hậu Lâu (Princess’ Palace) still remain as well as the Old Gate of Hanoi.

The Old Gate seems to be a popular graduates photo session spot. We saw a number of college or university grads excitedly lining up to have a photo next to one of the city’s historic landmarks.

We had a particularly pleasant walk through the cloisters of the renovated building housing a wonderful photography exhibition of shots from around Vietnam. The exhibitions change regularly and it’s well worth a look to see what’s new here.

Read More: The Best Things to do in Vietnam 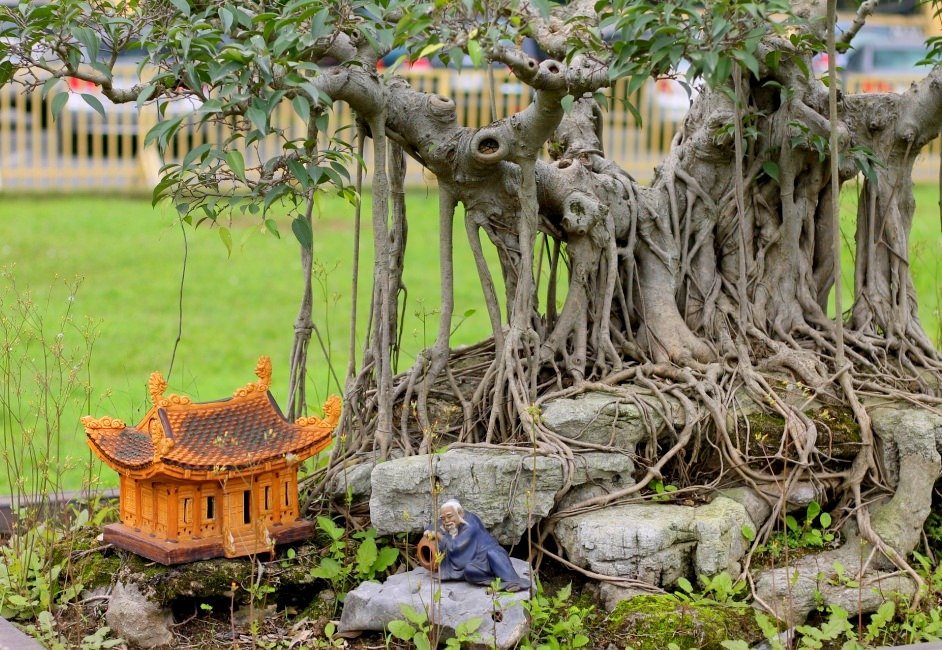 At only 30,000 VND ($1.34 USD) per person, we really recommend visiting the site to escape the hectic pace of Hanoi for an hour or two. Children 15 and under are free.

The site is pretty centrally located in the Ba Dinh District and easy to reach on foot or by local taxi. It sits halfway between the Old Quater (1.5km to the east) and the Botanical Gardens (1.5km to the west).

If you are taking the Hanoi city sightseeing hop-on hop-off bus tour there is a stop close to the Citadel entrance.

Looking for somewhere to stay? Here’s a list of the top-rated hotels in Hanoi.

Have you visited the Imperial Citadel and the secret bunker in Hanoi? What did you like the most? Let us know in the comments below…