Muay Thai (Thai Boxing) – All You Need to Know

Muay Thai (alternatively known as Thai boxing) is Thailand’s national sport, drawing in tons of practitioners and viewers who want to try their hand at this high-octane combat sport.

While the sport in itself is an exciting spectacle, there’s also a rich history surrounding the origins and practices of Muay Thai. This is why this form of boxing plays such a huge role in solidifying Thai culture, even despite the sport’s commercialisation abroad.

Catching a match is one of the top things to do when visiting Southeast Asia.

The origins of Muay Thai

Muay Thai has been around for generations, ever since the time of Thailand’s first king. The real origins of this sport remain hotly contested, especially as many historical documents were lost in the 14th century.

Nevertheless, there are lots of tales circulating about how ancient warriors derived strength from this discipline. One such story is of war commander Phraya Phichai, who emerged from battle victorious by just relying on Thai boxing techniques.

Muay Thai is also referred to as the “Art of Eight Limbs” as the moves rely on eight points of contact: hands, knees, legs, and elbows.

Each body part mimics an ancient weapon (such as the hands representing daggers while the forearms act as shields), which accounts for Muay Thai’s deadly blows.

Unbeknown to many, Muay Thai’s connections to spirituality and meditation run deep.

True Muay Thai fighters pray a Buddhist prayer before every match, and many trainers require their students to meditate in between training sessions.

In fact, some Buddhist monks are also trained as fighter, blending their religious teachings with a strong martial arts discipline.

This connection to spirituality can also be seen in the gear which is worn. Players’ headbands, armbands, and shorts are often blessed for good luck, thus endowing these items with spiritual meaning. 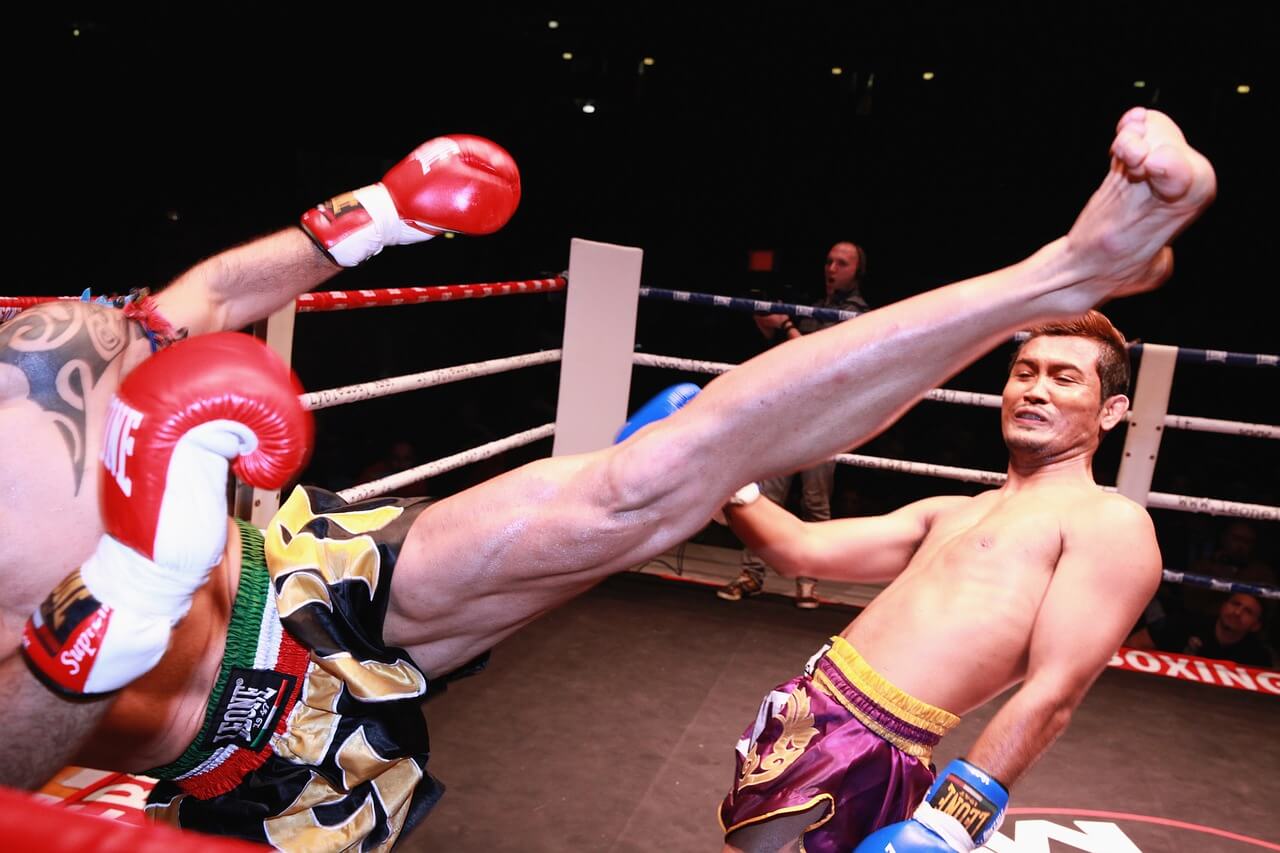 It’s no surprise that becoming a top fighter requires serious training. Fighters are put through gruelling conditions that are meant to test both physical and mental stamina.

The Sitsongpeenong gym is one of the most famous Muay Thai gyms in the country, with around 20 fighters simultaneously training here for four hours a day in the sweltering heat.

Circuit training and core conditioning are frequent requirements alongside some sparring practice.

Muay Thai matches draw in crowds every night. The sport’s popularity means that betting is common among locals, and this adds a layer of excitement to the viewing experience.

You’re likely to see bets being placed left and right; some locals even register with 1xBet to get a better grip on the odds. There’s nothing like watching a live fight to get your adrenaline pumping — even more so when you’ve got your own bets at stake.

Whatever the outcome may be, make sure to prepare yourself for a thrilling (and loud) night ahead. The most famous Muay Thai stadiums are in Bangkok, and this is often where the best fighters eke it out.

If you’re looking for an entry point into Thailand’s diverse cultural history, look no further than Muay Thai.

Whether you’re watching a game or learning the sport, getting into Thai Boxing is a great way to appreciate Thailand’s history.

Have you been to watch a Muay Thai match? Do you want to? Let us know in the comments below…